September 1993
Also smashed to pieces beyond repair by looters were many of Amir Habibullah's and King Amanullah's highly valued fleet of luxury automobiles two were presented to Amir Habibullah when he visited British India in 1907. He brought them back through Kandahar. Cars then became a passion. A lot of attention to improving roads was undertaken to accommodation the cars as a consequence. This Daimler along with many others had been parked in the old Match Factory on Darulaman road where they remained in excellent condition before they were shifted to the museum compound. 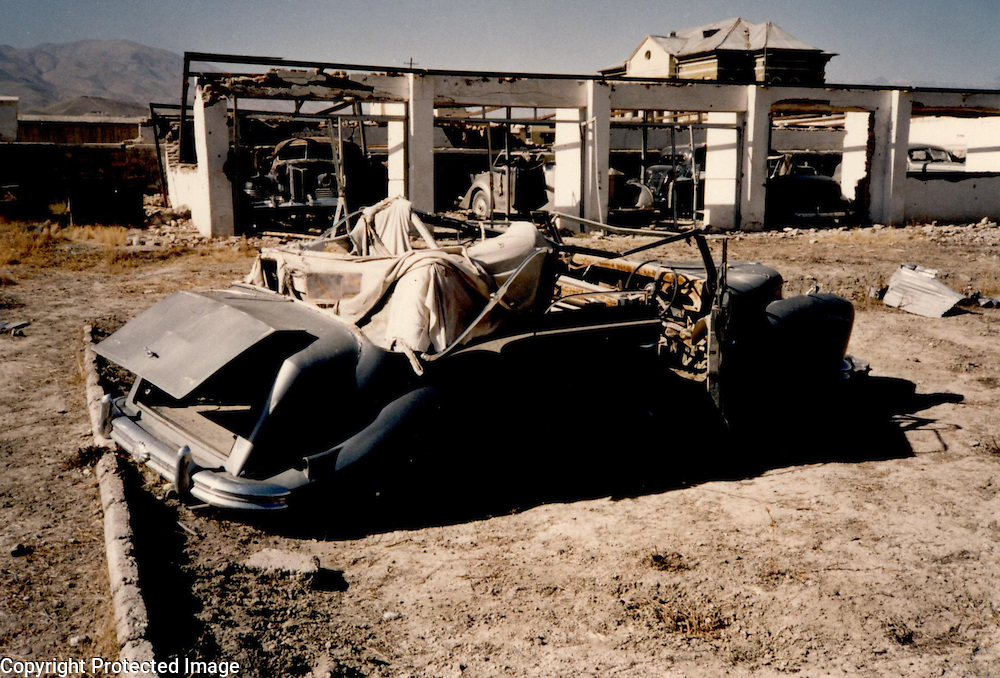