1920s
According to a plaque added to the side of the tower by King Amanullah in 1920, it was upon this low hill where Amir Abdur Rahman first met with the British in July 1880 to negotiate the terms of the Anglo-Afghan agreement of 1880 affirming his succession to the throne of Kabul. He had already been declared Amir by a tribal council some days before at Charikar. In 1904 a British mission under Sir Louis Dane, Foreign Secretary with the British government in India, spent four months in meetings with Amir Habibullah at the Shahrara palace attempting to renegotiate the Anglo-Afghan agreement of 1880, but the mission succeeded only in obtaining ratification of its former clauses. Aside from such occasional meetings, the bungalow-palace was also used as a sometime short time residence by Prince Habibullah and for grand family receptions. Later, during King Amanullah's reign, the palace was set aside for Habibia High School, founded in 1904 by Amir Habibullah. Souvenir postcard printed in Paris during the 1920s. 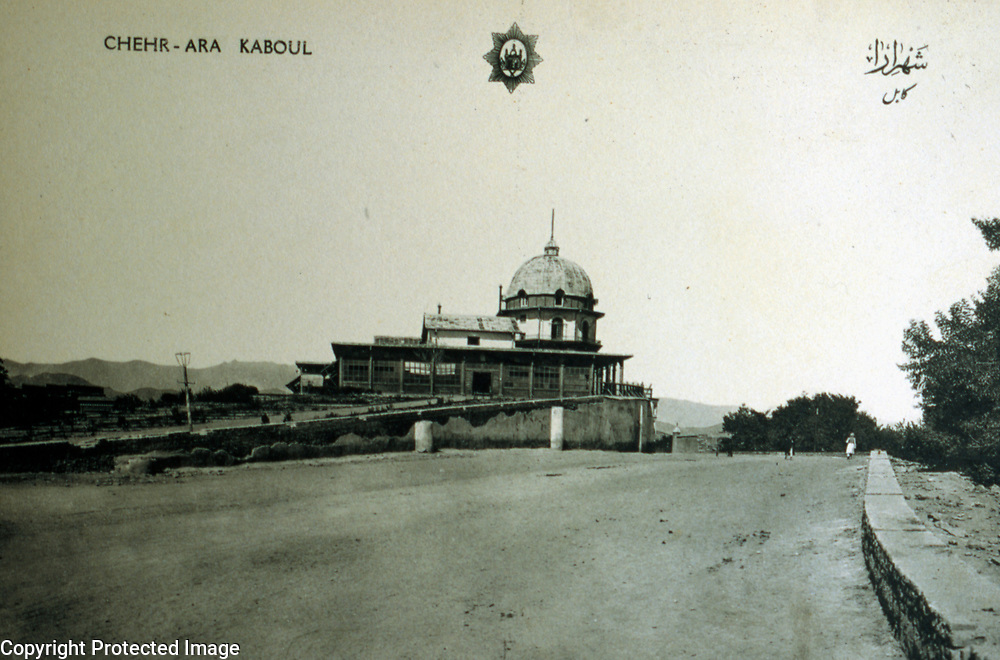