Lake Alkakul and a Bridge over the Main Canal. Golodnaia Steppe

1905
In the late 19th century Grand Duke Nicholas Constantinovich (1850–1918), grandson of Tsar Nicholas I, initiated a development project in Turkestan to create an area for raising cotton, wheat, and livestock in the Golodnaia Steppe (“Hungry Steppe”) by diverting water from the Syr Darya River. This photograph shows a dilapidated wooden bridge over the mainline northern canal, constructed in1907-13. The top of the levee was used as a road along the arc of the canal. The canal was reconstructed and enlarged in the Soviet period, when it was known as the Kirov Canal. The body of water in the middle is identified as Lake Alkakul (not to be confused with Lake Aidarkul to the northwest). In the background is the hazy outline of the Turkestan Range. The image is by Russian photographer Sergei Mikhailovich Prokudin-Gorskii (1863–1944), who used a special color photography process to create a visual record of the Russian Empire in the early 20th century. Some of Prokudin-Gorskii’s photographs date from about 1905, but the bulk of his work is from between 1909 and 1915, when, with the support of Tsar Nicholas II and the Ministry of Transportation, he undertook extended trips through many different parts of the empire. In 1911 his travels took him to Turkestan (present-day Uzbekistan and neighboring states), where he photographed traditional culture as well as the development brought about by Russian settlement and investment. 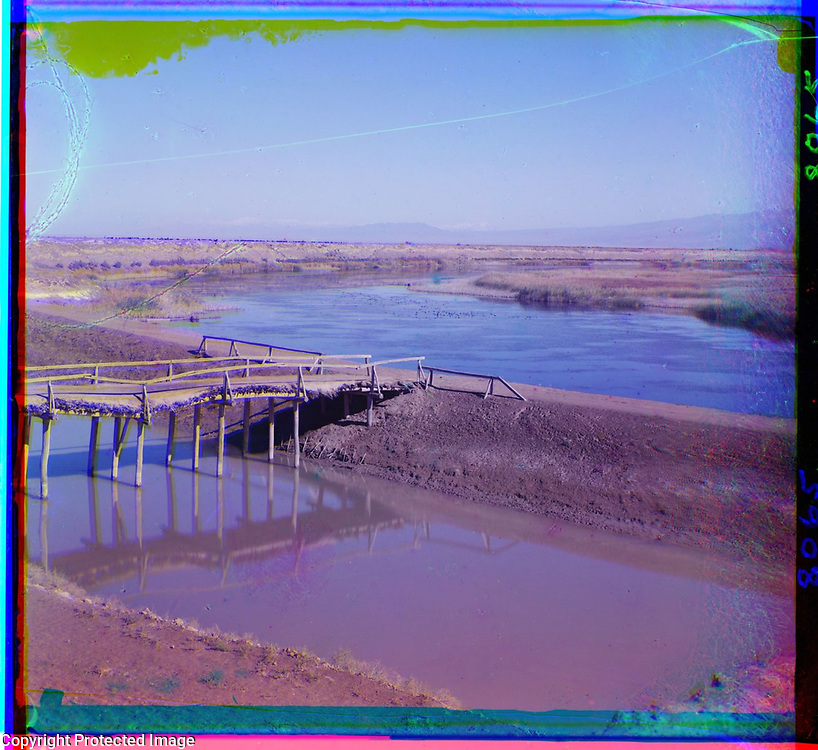