1928
Rumors of Queen Soraya's scandalous attire escalated as the tour around Europe continued. Copies of a photo of the Queen, wearing her sleeveless court gown with a shockingly low decolletage, were distributed widely throughout the tribal areas as proof of her wanton nakedness. She had also cropped her hair in the summer of 1927 following the fashion of the flapper era before she left for Europe which was also considered un-Islamic and a violation of the rules of propriety. From the KES Collection No.657. 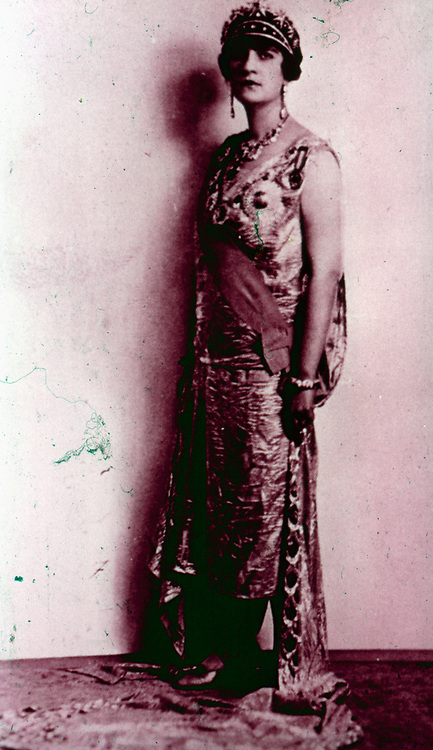