Syr-Darya Oblast. Inscription Carved on One of the Cliffs of Ilan Utinsk Gorge

1865
This photograph of inscription panels carved at the Djalan-Uty (or Ilan Utinsk) Gorge in present-day Uzbekistan is from the archeological part of Turkestan Album. The six-volume photographic survey was produced in 1871–72 under the patronage of General Konstantin P. von Kaufman, the first governor-general (1867–82) of Turkestan, as the Russian Empire’s Central Asian territories were called. The small Djalan-UtyRiver flows in the region southwest of Tashkent in the direction of the town of Jizzakh, located in the northern part of Imperial Russia’s Samarkand Oblast. Settled as early as the 10th century, Jizzakh was on the fabled Silk Road. In the fall of 1866, Jizzakh occupied a strategic place in the Russian campaign against the Emir of Bukhara. During initial maneuvers, a body of troops encamped on a meadow near the opening to the Djalan-Uty Gorge. In October 1866 Russian forces took Jizzakh. The Djalan-Uty Gorge is a characteristic feature of a region in which ancient rivers cut deep channels through the arid landscape. These inscription panels, which are carved into a cliff face of the gorge, display considerable artistry in cursive Perso-Arabic script (thuluth on the left and naskh on the right). Such inscriptions proclaimed the remarkable deeds of holy personages. 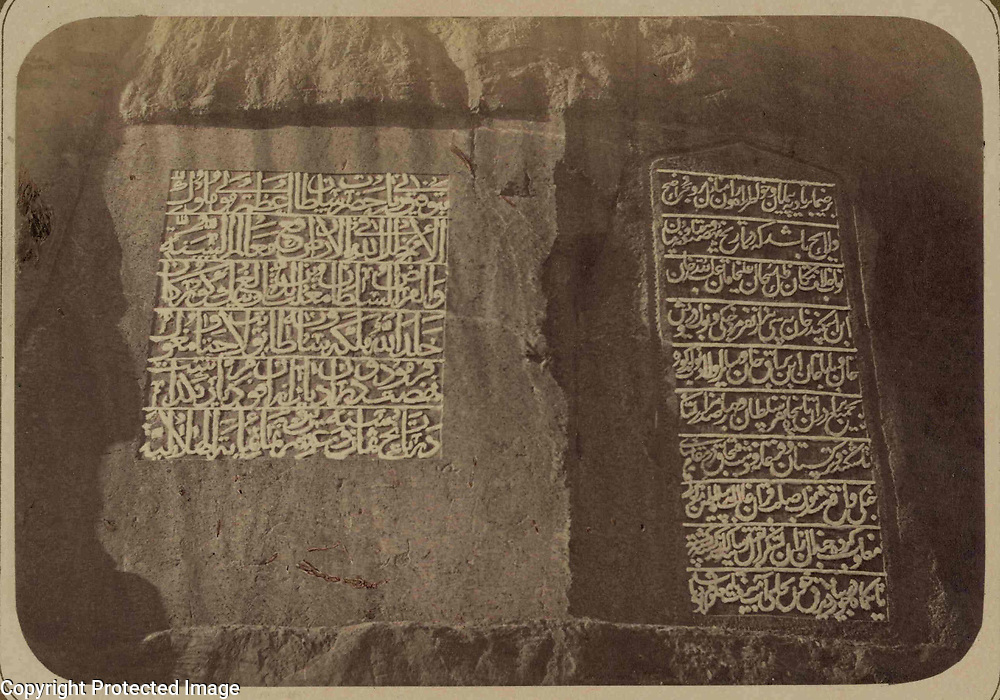