1868
This photograph of the Khodzha Akhrar shrine in Samarkand (Uzbekistan) is from the archeological part of Turkestan Album. The six-volume photographic survey was produced in 1871-72 under the patronage of General Konstantin P. von Kaufman, the first governor-general (1867-82) of Turkestan, as the Russian Empire’s Central Asian territories were called. The album devotes special attention to Samarkand’s Islamic architectural heritage. This shrine is dedicated to the memory of the renowned 15th-century mystic Khodzha Akhrar (1403-89), an ascetic and adherent of Sufism, who wielded great spiritual influence in Central Asia during the final decades of the Timurid dynasty. He is said to have established mosques not only in Samarkand, but also in Bukhara, Herat, and Kabul. The Khodzha Akhrar ensemble in Samarkand contained several structures, including a winter and a summer mosque, as well as a minaret and cemetery. Seen here is a portion of the marble wall that separated the main courtyard from the cemetery, which contained the sarcophagi of local spiritual leaders. One of the high marble grave markers is visible in the center background. The shrine and its cemetery were frequently visited by devout pilgrims, who would be dressed in the manner of the figure standing in the foreground. 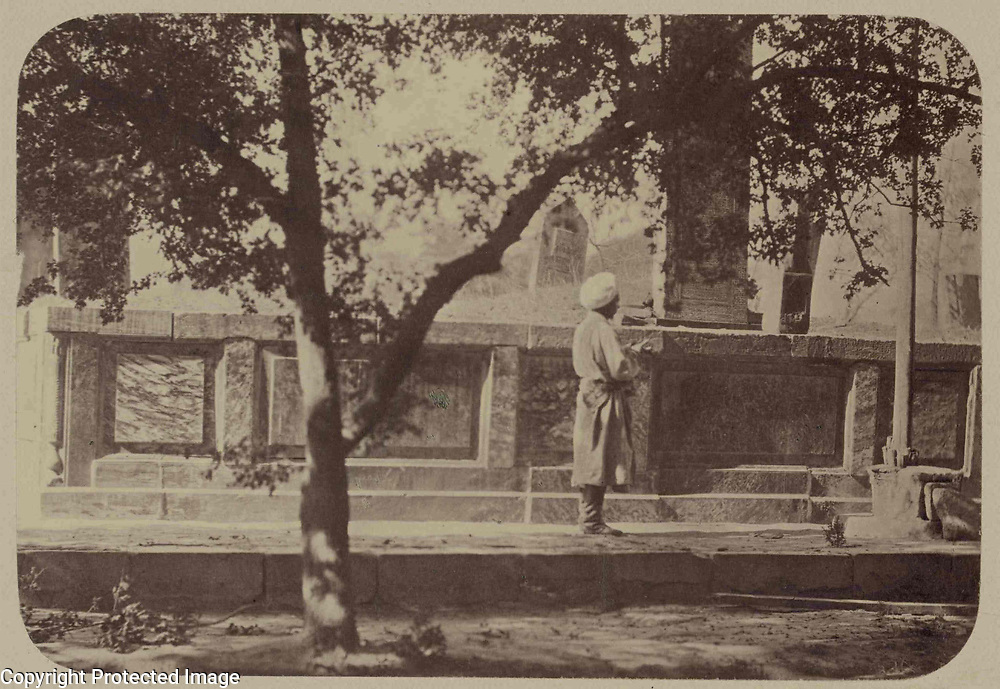