1963
Cities in the south also grew rich on trade although not as much archaeological work has been done there except at Mundigak, a large densely populated Bronze Age city site 55 northwest of Kandahar. Coming into being during the 4th millenium, ca. 4000 BCE, it reached a splendid period of florescence ca. 2,000 BCE, characterized by monumental public buildings indicating a highly organized society composed of large numbers of administrative, economic and religious specialists. It became a major urban center with trade links to the Indus Valley cities. It was excavated from 1951-58 by French archaeologists.
Photo: Louis Dupree 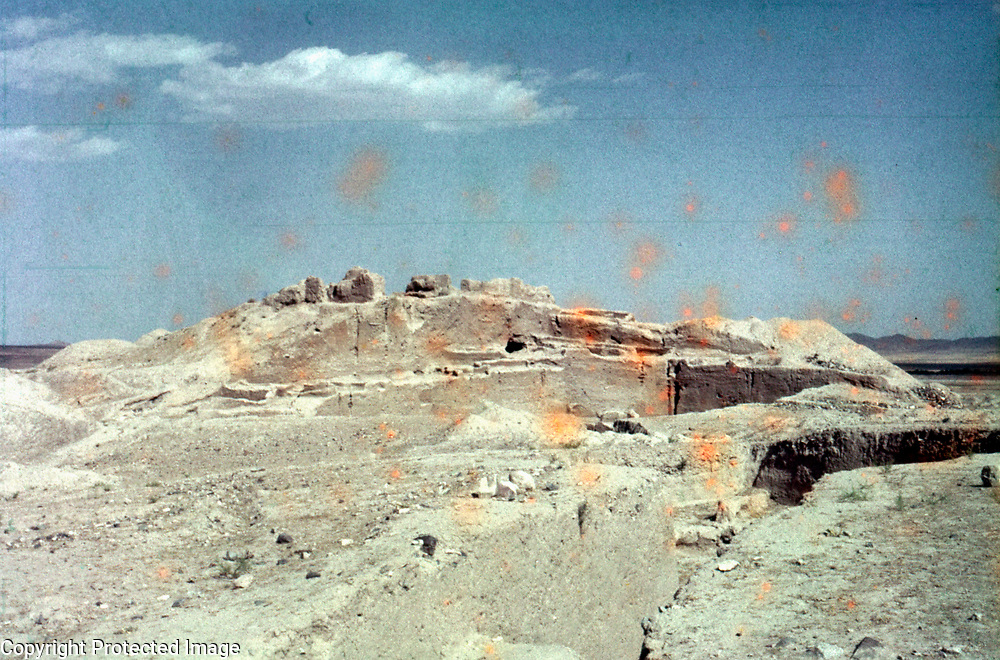