Down river front from the Masjid Shah-do-Shamshira.
From a series of post cards with Kabul buildings purchased in Kabul in 1968 from a card stand outside the main post office on the Lab-i-Darya (River Front). All tinted green or sepia. Proprieta Riservata E. Mancini is printed on the message side at the bottom. No date. The legend on the front upper left reads: Les Bazar du bord du Kabul. Look to interest in the river front developed as the mosque was built and during King Amanullah's time we are told it became a popular plaec for evening strolls although we have no images of that time.
The Lab-i-Darya is now a major shopping area specializing in oculist shops on the left bank and ladies notions on the right. Vendors of brilliant Chinese silks, replacing Japanese silks, occupy the sidewalks near the gates to Amir Timur Shah's mausoleum. Over the years, various groups have called for the demolition of these buildings. and offered bizarre plans as alternatives. Fortunately these have been rejected by the authorities. Several attempts to carrying out needed conservation work have been hampered, however, because consensus in hard to come by when there are so many owners holding these properties. 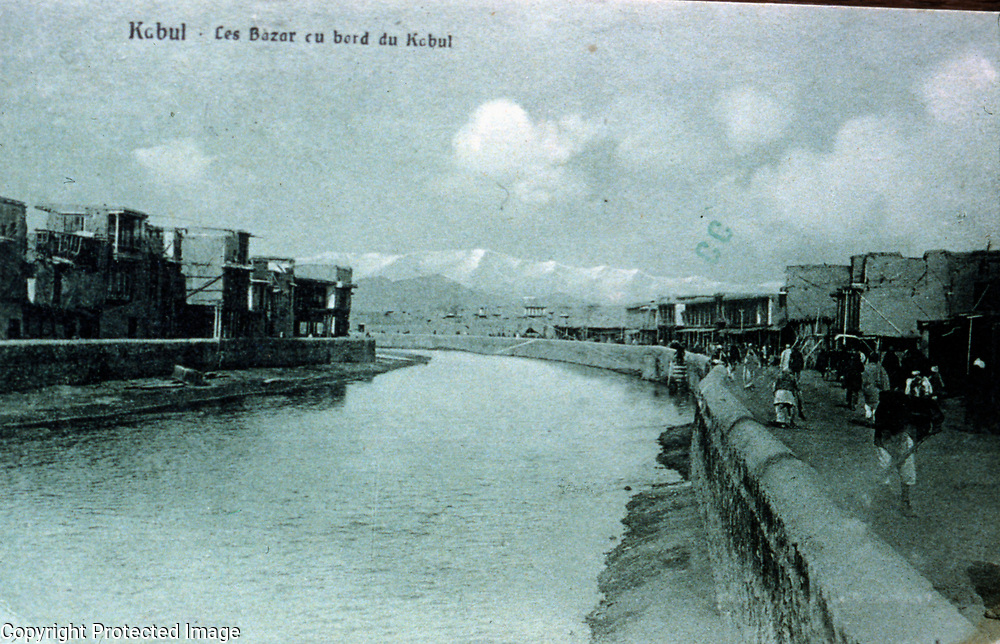