1879
This portrait of General Dunham Massy (1838–1906) is from an album of rare historical photographs depicting people and places associated with the Second Anglo-Afghan War. Massy is shown standing next to his spiked pith helmet. As a lieutenant colonel, Massy successfully led a cavalry brigade at the Battle of Charasia in October 1879, but he subsequently was removed from cavalry command because of poor leadership in another engagement, the Battle of Killa Kazi, in December of the same year. He overcame this dismissal and by 1886 had risen to the rank of major general because of his reliable service as a regimental commander and support from his powerful patrons in London. During the British Raj of 1858–1947, prominent British administrators and military men were often considered as “Indian” celebrities. The Second Anglo-Afghan War began in November 1878 when Great Britain, fearful of what it saw as growing Russian influence in Afghanistan, invaded the country from British India. The first phase of the war ended in May 1879 with the Treaty of Gandamak, which permitted the Afghans to maintain internal sovereignty but forced them to cede control over their foreign policy to the British. Fighting resumed in September 1879, after an anti-British uprising in Kabul, and finally concluded in September 1880 with the decisive Battle of Kandahar. The album includes portraits of British and Afghan leaders and military personnel, portraits of ordinary Afghan people, and depictions of British military camps and activities, structures, landscapes, and cities and towns. 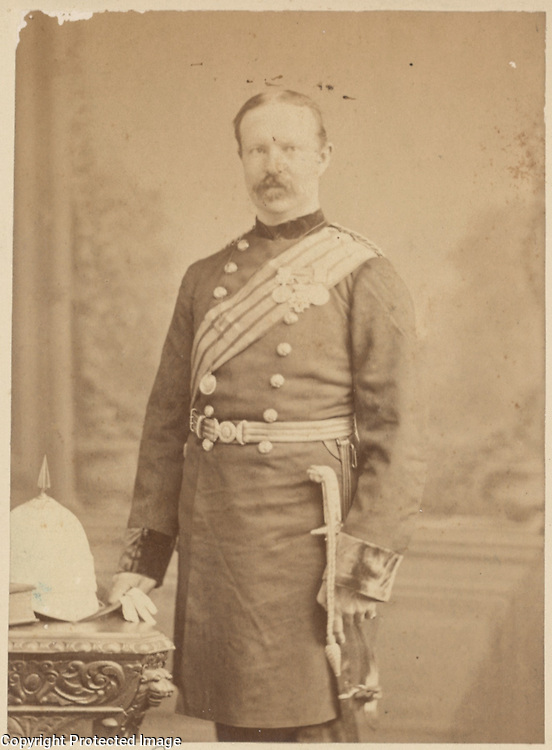