1995
The building was incomplete by the time King Amanullah abdicated on 14 January 1929 so the building was never used for its intended purpose. It was left abandoned for a long time before being finished sometime in the 1940s, perhaps, for it was being used by the Ministry of Defense in 1946. In the 1970s it was occupied by various ministries such as Finance and Public Works. The upper corner cupola rooms were being used for the storage of archival papers. It is widely held that these archive rooms were twice purposefully set on fire in order to destroy evidence during damaging personnel investigations. 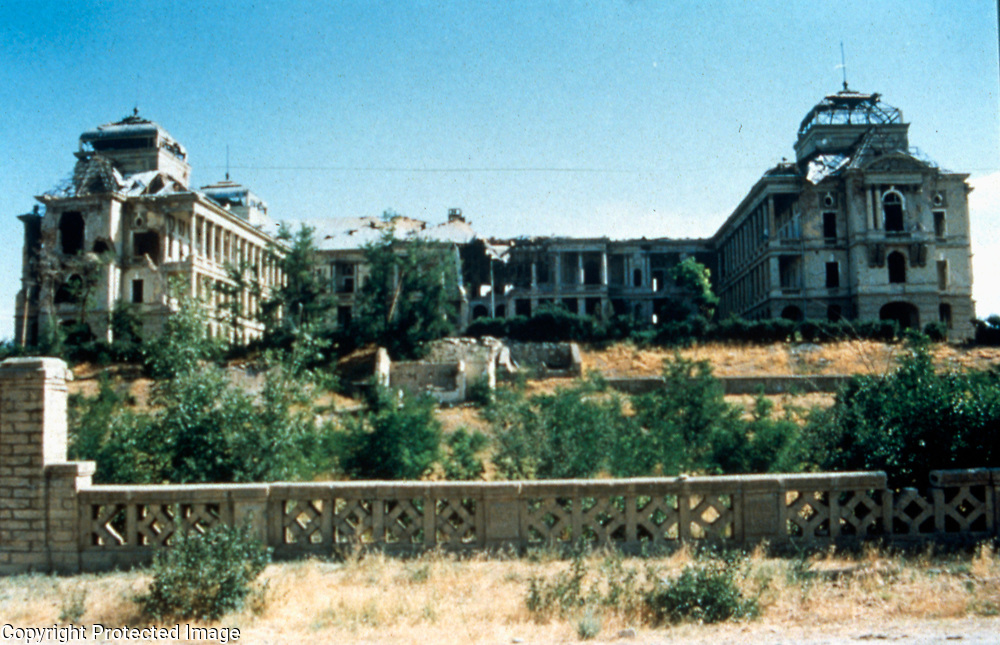