Princely Couple in Situ in Its Original Niche. Parwan Province.

The site of Fondukistan, first mentioned by Charles Mason in 1836 sits on the top of hill in the Ghorband Valley mid-way on the ancient caravan route between Kabul and Bamiyan, 128 km. west of Bamiyan. It was excavated by the French at DAFA in 1937. The site consists of a courtyard centered by a stupa, surrounded by 12 deep niches decorated with most fragile lightly baked clay poly chrome figures. All date from the 7th century CE. The site had been walled up in antiquity for protection which accounts for the remarkable state of preservation of its very fragile lightly baked clay figures all date from 7th century CE. 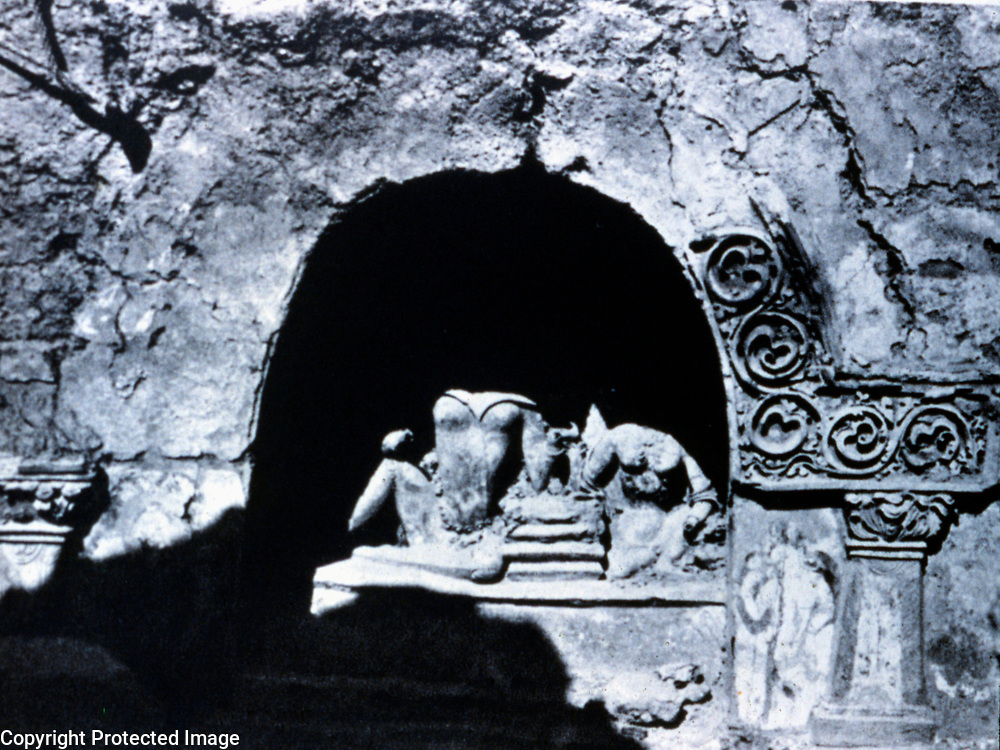