2005
The Adoration of the Kasyapa Brothers bas relief, h. 58 cm., weighing 125 kilos, is an earlier Kushano-Gandharan piece dating perhaps to the 3rd century C.E. It also comes from the Shotorak monastery north of Kabul and was similarly looted in December 1992. It depicts the conversion of three powerful Brahmin teachers (to left) of over a thousand ascetic disciples. They vehemently opposed the Buddha until the Buddha won them over by his teachings while spending three months at their retreat. Schist was a very expensive imported stone. The two finely dressed figures on the extreme right may well-be the donors who commissioned this bas relief for the monastery. The workmanship is exceptionally fine. Happily, it was returned from Japan in August 2016. 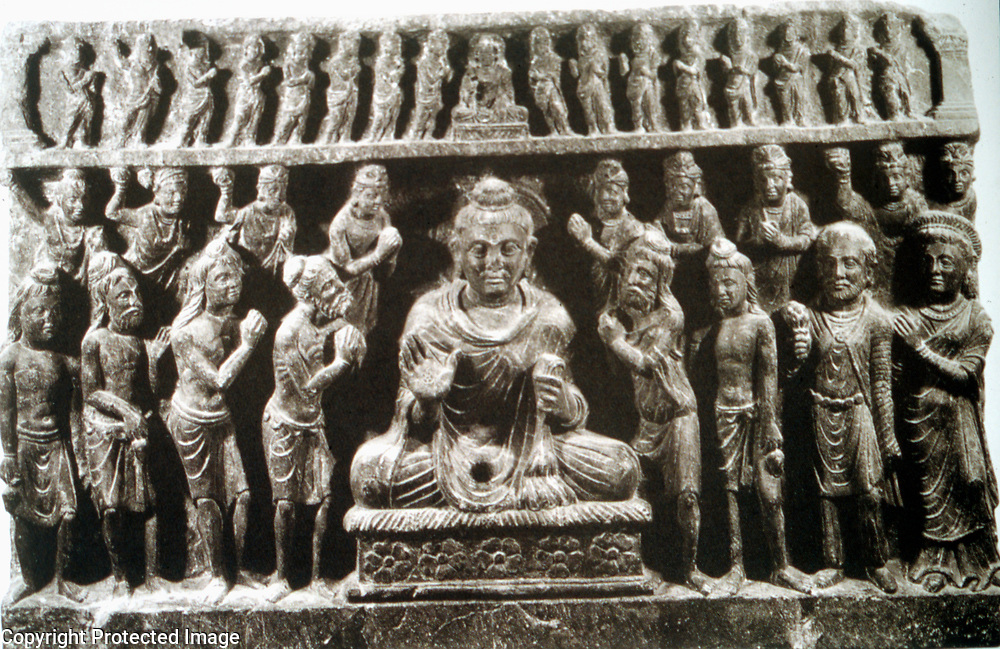