1865
This photograph of a detail from the interior of the mausoleum of Khodzha Akhmed Iassavi in Yasi (present-day Turkestan, Kazakhstan) is from the archeological part of Turkestan Album. The six-volume photographic survey was produced in 1871-72 under the patronage of General Konstantin P. von Kaufman, the first governor-general (1867-82) of Turkestan, as the Russian Empire’s Central Asian territories were called. Yasi is associated with the Sufi mystic, Khodzha Akhmed Iassavi (1103-66), whose great reputation led Timur (Tamerlane) to construct a memorial shrine (khanaka) at his grave site. Built in 1396-98, the mausoleum displays features of Timurid architecture, then at its height in Samarkand. This view shows one of a pair of large bronze candle holders reputed to have been donated by Timur. The holder is a complex design of ascending circular forms, elaborately decorated with engraved botanical figures and Perso-Arabic inscriptions. Arabesque foliate forms in geometric arrangements predominate. At the top is a band of Naskh script intertwined with a tendril pattern. The height of the candle holder is less than a meter. The photographer has placed it on a wooden stool for a proper camera angle. 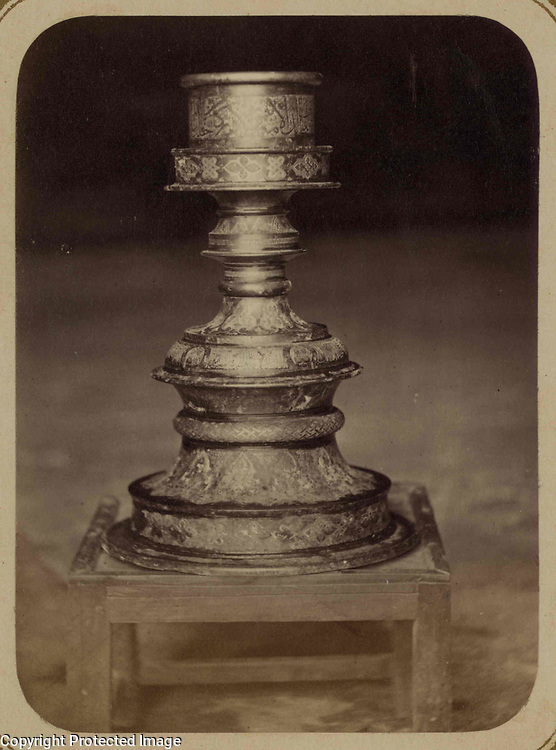