Recipients of the Cross of Saint George and Those Awarded with Golden Sabers. For the Capture of the Fortification of Ura Tiube on October 3, 1866. Sergeant A.A. Tille of the Artillery Infantry 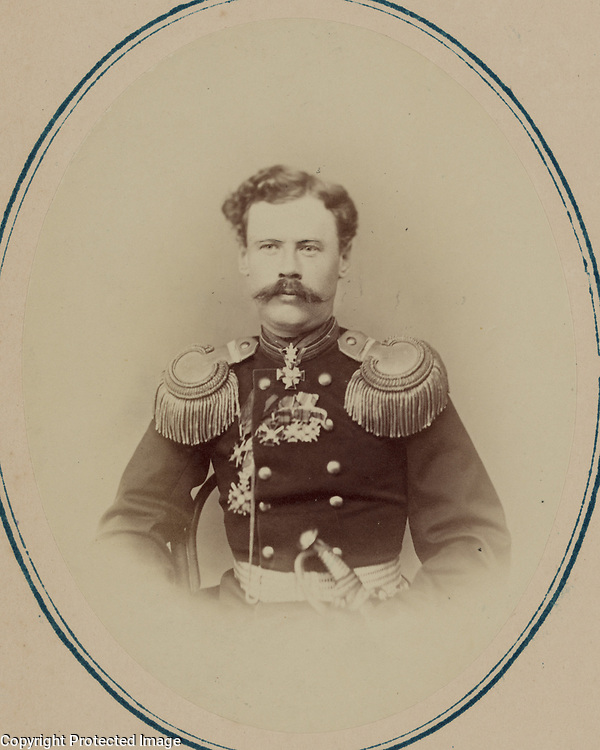