1981
Buddha heads were attached to large seated Buddhas occupying a central space in complex tableaux lining the walls of niches around the monastery courtyard. The unbaked clay bodies of these central figures disintegrated early, leaving only the stucco heads. This elaborate tableau consists of a eated Buddha surrounded by a crowd of wealthy donors, pilgrims and heavenly worshippers. All these tableaux were probably created sometime during the 3rd century CE.
Photo: Louis Dupree 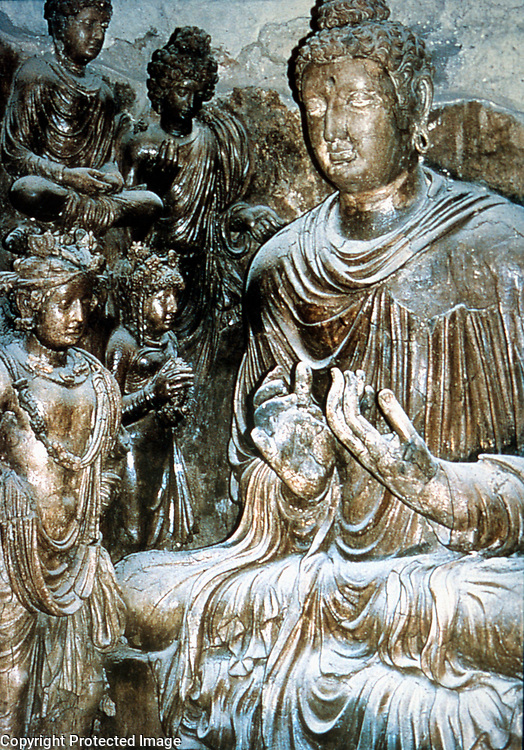