1966
Levallois points show a significant advancement in stone technology, and are often found in association with Neanderthal Man who was around 40,000 years ago. Indeed, three burials of domesticated goats were found at Darra-i-Kur in association with a massive human temporal bone of a child which had Neanderthal characteristics but was nearer to modern man. This is the only known hominid material found in a Palaeolithic context in Afghanistan. It suggests that northern Afghanistan may be considered a zone where modern man developed physically and learned to make more sophisticated tools.
Photo: Louis Dupree 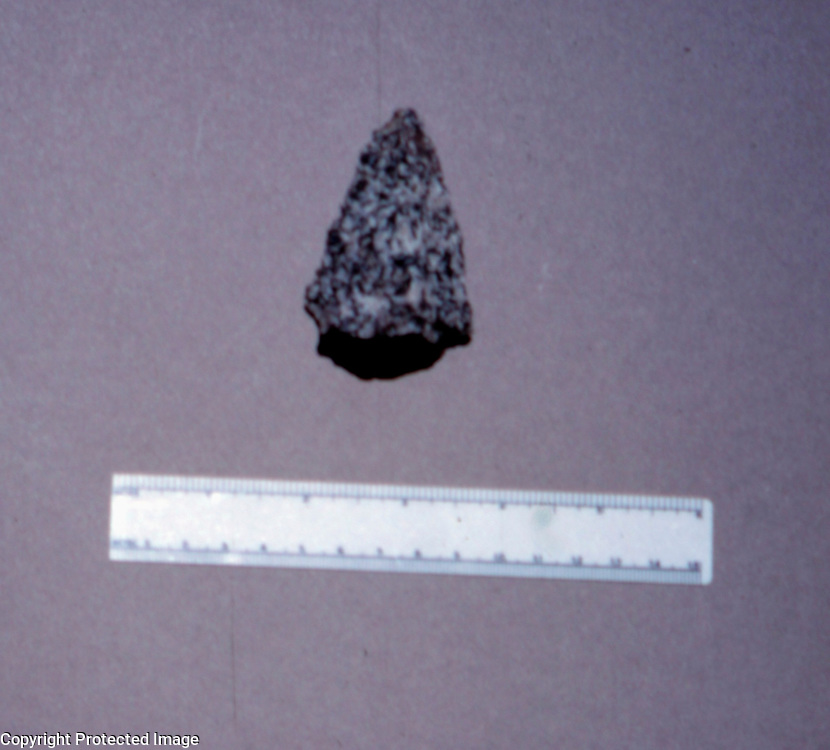