1965
Surkh Kotal was a non-Buddhist dynastic complex where some form of a Fire Cult was most probably practiced. One kilometer southeast of Surkh Kotal a massive ancient fortress was also investigated by the archaeologists where they found 3rd to 7th century Sasanian material that included an unusual baked-clay rhyton (drinking vessel; h. 9 cm.) in the form of a ram's head with long tapering horns supporting a curly-headed male head.
Photo: Louis Dupree 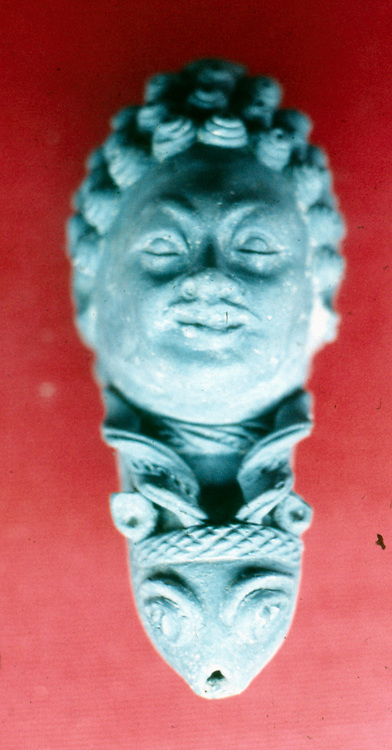