1981
The large Buddha stood 55 meters tall. The date when visions became this reality is not known. The Chinese pilgrim Fa-Hsien writing of his visit ca. 400 CE mentions a grand assembly in a place decorated with silken streamers and canopies hung with gold and silver water lilies, but no statues. Hseun-Tsung, another Chinese pilgrim, visiting in 632 CE, however, described a figure whose "golden hues Sparkle on every side and its precious ornaments dazzle the eye." Therefore, the colossal figures date no earlier than the end of the 6th century CE. Or the beginning of date 7th century CE. The missing legs were destroyed in modern times by hunters using them as targets.
Photo: Louis Dupree 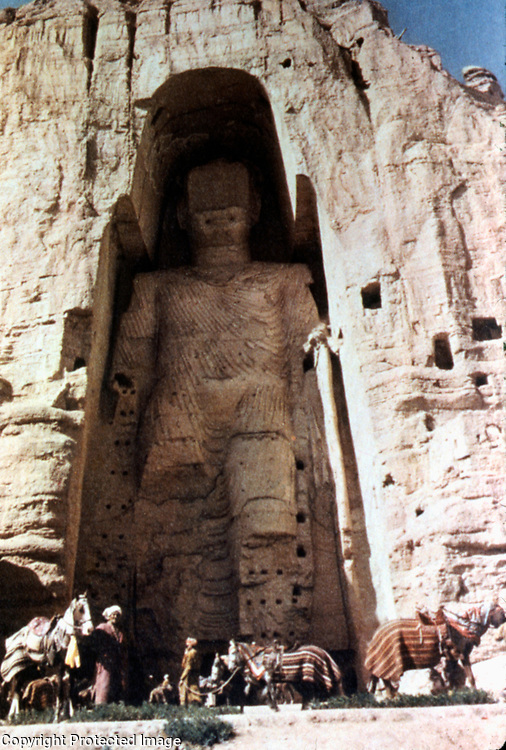