Antiquities of Samarkand. Tomb of Saint Kusam-ibn-Abbas (Shah-i Zindah) and Adjacent Mausoleums. Mausoleum of Uldzh Inak. Part of the Tiles Decorating the Cupola on the Mausoleum

1865
This watercolor sketch of decorative tiles from the cupola of the Uldzh Inak mausoleum at the Shah-i Zindah necropolis (Samarkand, Uzbekistan) is from the archeological part of Turkestan Album. The six-volume photographic survey was produced in 1871-72, under the patronage of General Konstantin P. von Kaufman, the first governor-general (1867-82) of Turkestan, as the Russian Empire's Central Asian territories were called. The album devotes special attention to Samarkand’s Islamic architecture, such as 14th- and 15th-century monuments from the reign of Timur (Tamerlane) and his successors. Of particular note is Shah-i Zindah (Persian for “living king”), built on the elevated site of an ancient settlement known as Afrosiab and revered as a memorial to Kusam-ibn-Abbas, a cousin of the Prophet Muhammad. The sketch is signed by L.A. Shostak, the artist who assisted the primary compilers, Aleksandr L. Kun, an Orientalist attached to the army, and Nikolai V. Bogaevskii, a military engineer, by producing watercolors that provided color information unavailable in the photography of the period. 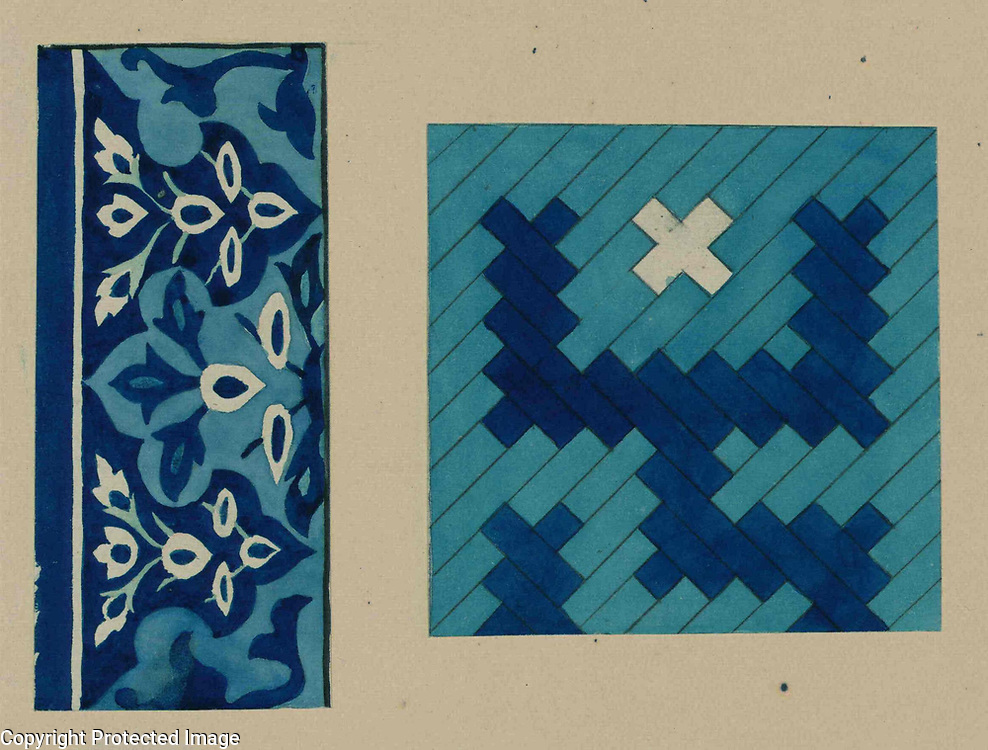