July 1996
Law and order soon broke down, however, as contending political factions competed for Kabul, fighting on the very doorstep of the museum. As control shifted from one party to the other the museum guards also changed, using the museum as a barracks where garbage and human waste filled the hallways on the ground floor. Looting intensified. Preparations for the next major shift to the deserted Kabul Hotel in downtown Kabul started in April 1996. It took months, but between 1-8 September 1996, 500 trunks, cases and boxes containing 3,000 objects arrived at the hotel. Only large pieces were left at the museum.
Photo: N.H.Dupree. 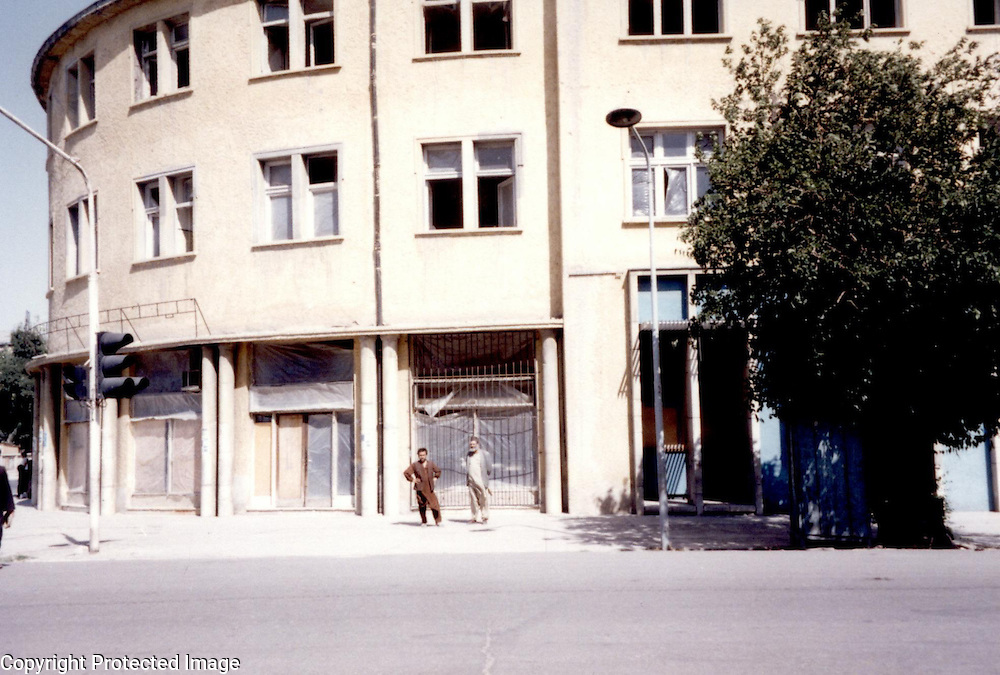