Man on Camel, Buildings in Background

1905
Shown here is a village road near Bayramaly (present-day Turkmenistan). A man of the Teke ethnic group is seated on a camel, resting in the shade of a large tree. The man wears a shaggy sheepskin hat and padded red coat. Next to the man is a bundle of twigs and grass, most likely for fodder. In the background are sheds and other buildings constructed in the Russian manner. The building on the left is surrounded by tables, with rugs and cloth spread about and a large tea urn. The Russian sign on the building says portnoi (tailor). The image is by Russian photographer Sergei Mikhailovich Prokudin-Gorskii (1863–1944), who used a special color photography process to create a visual record of the Russian Empire in the early 20th century. Some of Prokudin-Gorskii’s photographs date from about 1905, but the bulk of his work is from between 1909 and 1915, when, with the support of Tsar Nicholas II and the Ministry of Transportation, he undertook extended trips through many different parts of the empire. Prokudin-Gorskii was particularly interested in recently acquired territories of the Russian Empire such as Turkestan (present-day Uzbekistan and neighboring states), which he visited on a number of occasions, including two trips in 1911. Turkestan appealed to him not only for its Islamic architecture but also for the transformation brought by Russian settlement. 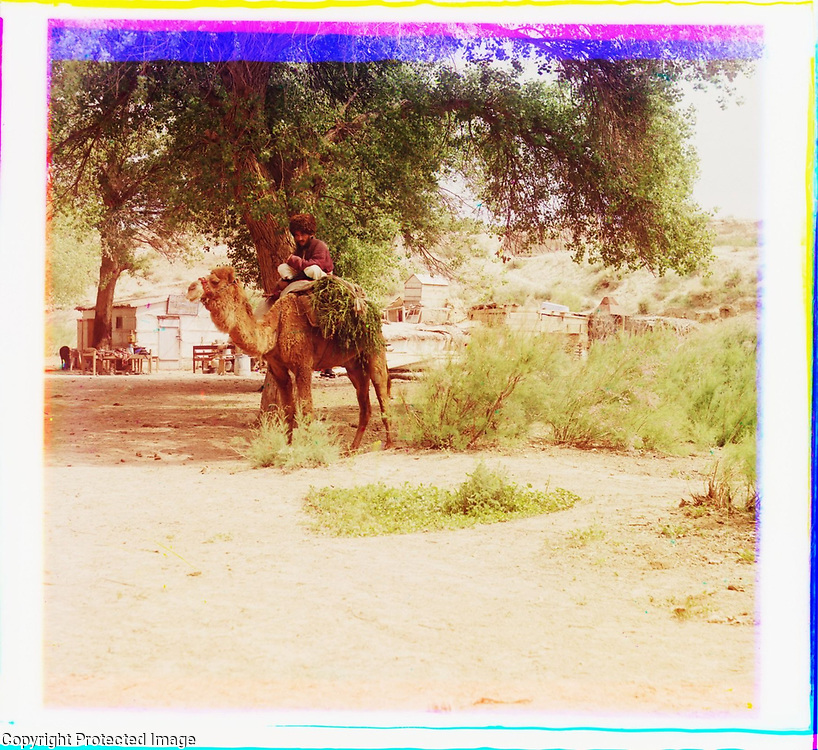