1960s?
Close-by the Masjid Pul-i-Khishti was a magnificent shopping center created by the 17th century Moghul Governor Ali Mardan Khan. It took twelve years to build the Chahr Chatta where the walls were gaily decorated with floriated gypsum with mirrors and whitewashed with a special solution containing bits of mica to make them sparkle. Six-hundred feet long, the bazaar consisted of four covered arcades linked by open octagonal courtyards centered with fountains. It continued to be the principal bazaar of Kabul in the 19th century. It was then, however, completely destroyed by order of the British General Pollock on 10 October 1842 in reprisal for the annihilation of retreating British forces the previews January. Also it was here that the dismembered body of the British Envoy Sir William Macnaughten was displayed after negotiations broke down. 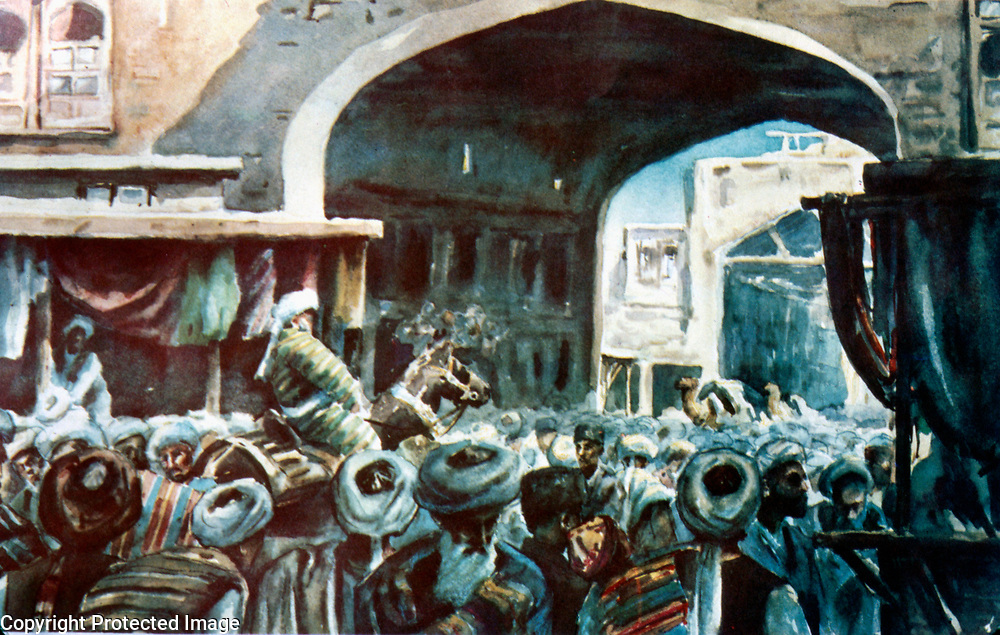