1975
Like everything else at Ai Khanoum the theater was built on a massive scale, being designed with three stages and seats for 500. It nestles into the side of the Acropolish mound east of the gymnasium, on the other side of the central avenue. Raging fires set by Central Asian nomads ca. 130 BCE engulfed all these magnificent buildings, toppling columns and burying structues under ash and ruble. The life of the city came to a complete halt just as it reached its prime. The invaders had no interest in rebuilding the city. The temple within the walls was transformed into a shop, the gymnasium was occupied by artisans, and rooms in the palace were used as a foundry.
Photo: Paul Bernard 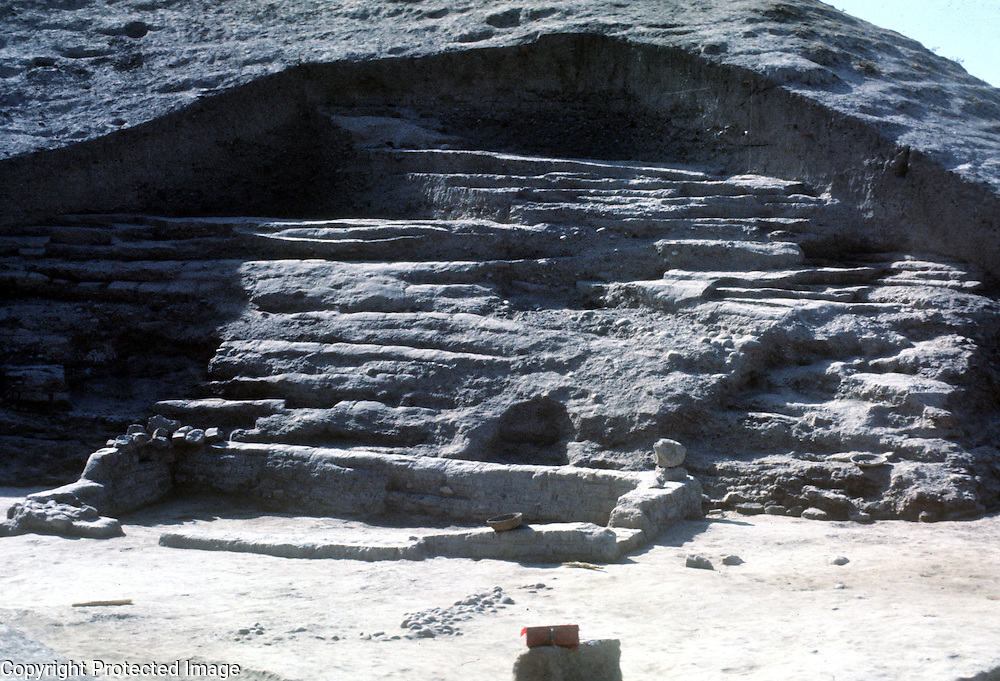