1981
Numerous examples of glass perfume bottles in the form of various types of fish were of Egyptian origin and popular throughout the Roman European world from the 1st century CE to as late as the 3rd century. Most were around 30 cm long. This particular piece is in the Guimet Museum in Paris. According to the terms under which archaeological excavated in Afghanistan duplicate objects could be shared.
Photo: Louis Dupree from Auboyer L Afghanistan Et Son Art, 1968 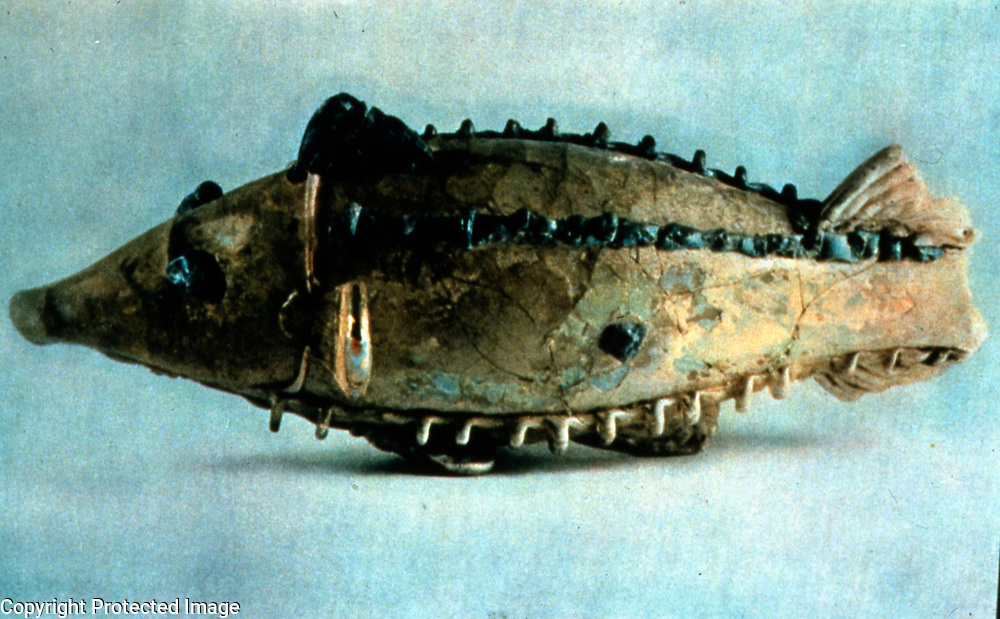