1981
A form of Fire Cult was worshiped in his Surkh Kotal temple, but King Kanishka, being politically astute, portrayed 33 gods and goddesses on his copper coins that related to various cults groups found within his empire. The six coins shown here are representative of the copper coins for sale in Kabul during the 1960s: Upper Row from Persia, left Moiro, the Sun God; right, Mao, the Moon God. Middle Row: left Oadeo, the Wind God from Central Asia; right, Atsho, the Fire God. Lower Row: a 4-armed Siva on the left and a 2-armed Siva on the right from India.
Photo: Louis Dupree 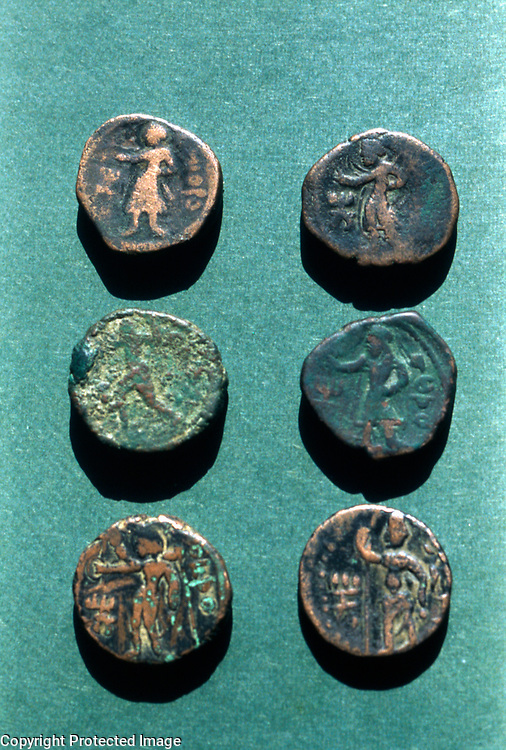