May 1970
The regal rulers portrayed on the Bactrian coins must have lived in considerable opulence. Early Chinese sources speak of walled cities as do early historians, But where they were was a mystery until 1961 when this pseudo-Corinthian marble capital was shown to King Zahir Shah by the villagers of Ai Khanoum (Moon Lady in Uzbeki) while he was on a hunting trip some 100 km. north-east of Kunduz and 75 km. from Taluqan. Excavations between 1965-1978 by French teams from DAFA lead by Paul Bernard revealed that this was the easternmost Greek city in Asia.
Photo: Paul Bernard, DAFAS 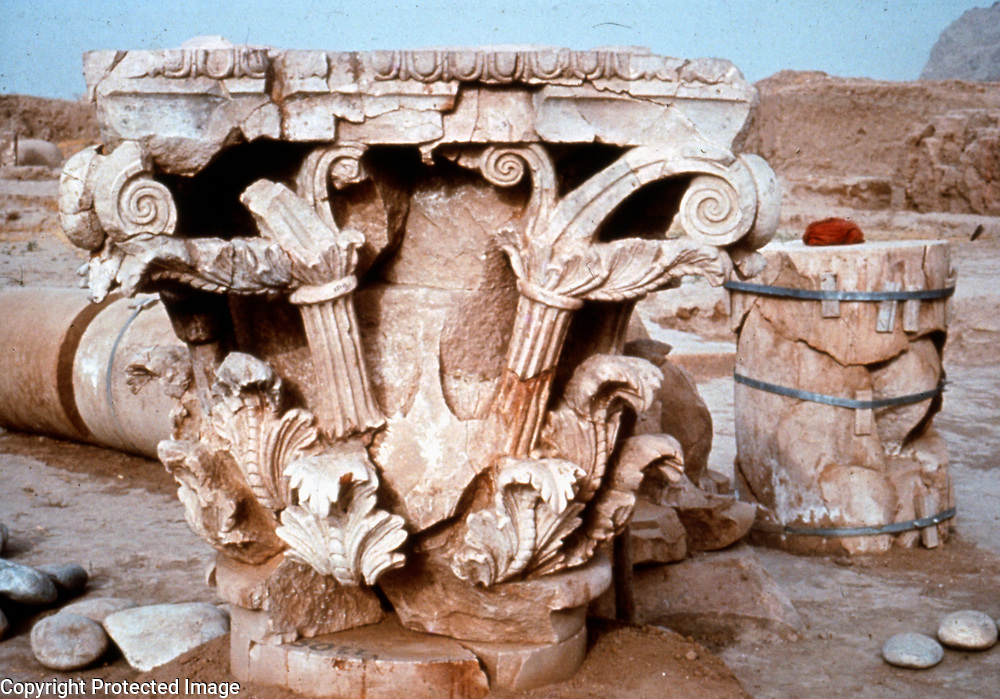