1868
These plans, sections and elevations of two memorial complexes in Samarkand, (Uzbekistan) are from the archeological part of Turkestan Album. The six-volume photographic survey was produced in 1871-72 under the patronage of General Konstantin P. von Kaufman, the first governor-general (1867-82) of Turkestan, as the Russian Empire’s Central Asian territories were called. The album devotes special attention to Samarkand’s Islamic architectural heritage. The upper drawings include the plan of the Khodzha Abdu-Derun memorial complex dedicated to a revered 9th century Arab judge of the Abdi clan, with the word derun (inner) added to signify its location within Samarkand. The original domed mausoleum, dating from perhaps the 12th century, was expanded with a pilgrimage shrine in the 15th century. The complex also included a pool, a mosque, and an entrance portal. The lower drawings show the Ishrat-khan shrine, thought to have been built in 1464 at the command of Habib Sultan Begum (a wife of Abu Said) as a mausoleum for the women and children of the Timurid dynasty. This centralized, cruciform mausoleum with a high dome was flanked by two-storied ancillary structures that contained a mosque, a vestibule for washing (mion-sarai), and a passage to the burial crypt. By the time these drawings were made, much of the mausoleum’s upper structure had collapsed, but its monumental form was still impressive. 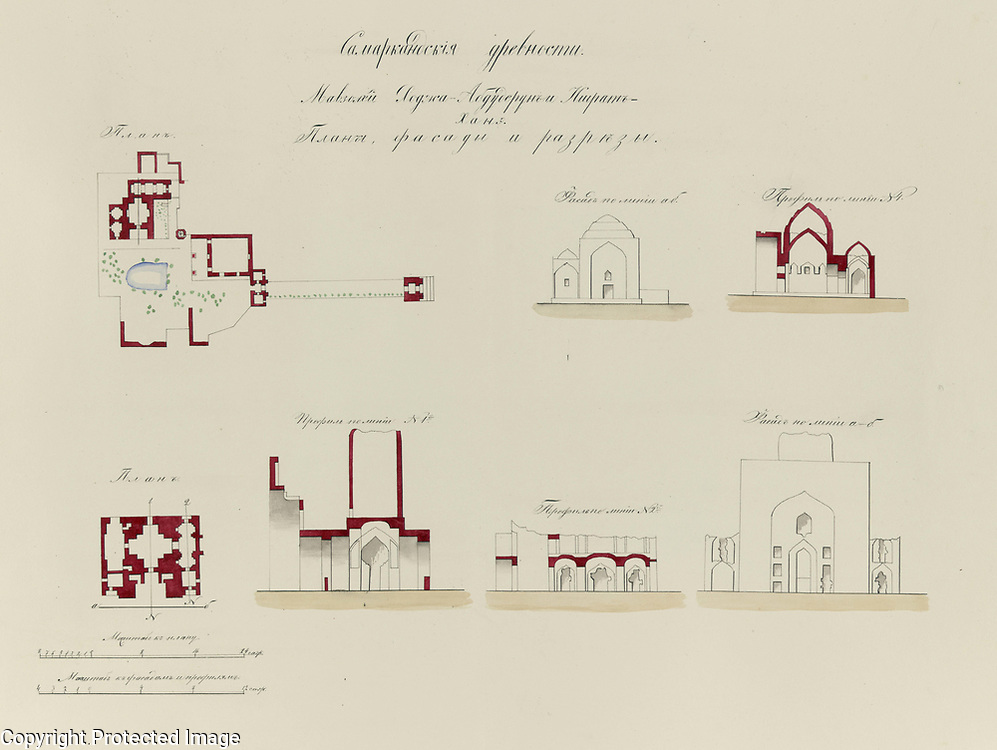