1965
This photograph shows the mother of Jyotiska. the ascetic Subhadra asked the Buddha about this child his wife was bearing. The Buddha prophesied that that son would bring fame. Subhadra was delighted and offered generous alms to the Buddha. The monks became jealous and predicated in turn that the child would bring nothing but disaster. Subhadra tried to abort the child by giving his wife poison and she died. While she lay on the pyre the child was lifted from her womb by the Buddha. 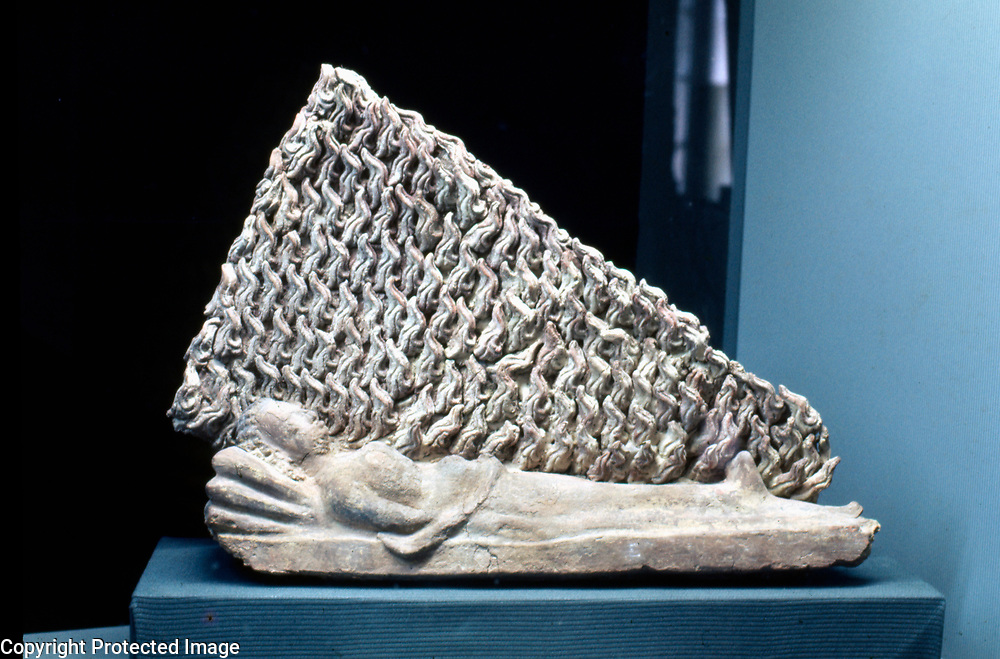