1970s
The beautifully modeled unbaked clay head of Durga was found at the foot of the complex battle scene, smiling sweetly despite the rigors of her recent efforts. The statuary finds at Tepe Shotor were totally fragmented which initially led to the assumption that they had been intentionally destroyed by the Hephathaltes, who were notorious, rightly or wrongly, for their zealous destruction of Buddhist sites. But later it was discovered that a raging fire had brought down the roof and shattered the unbaked clay statues. The intense heat from the fire had "baked" the unbaked clay figures so they appeared to be terracotta (literally, baked earth) figures when they were found by the archaeologists.
Photo: Maurizio Taddei 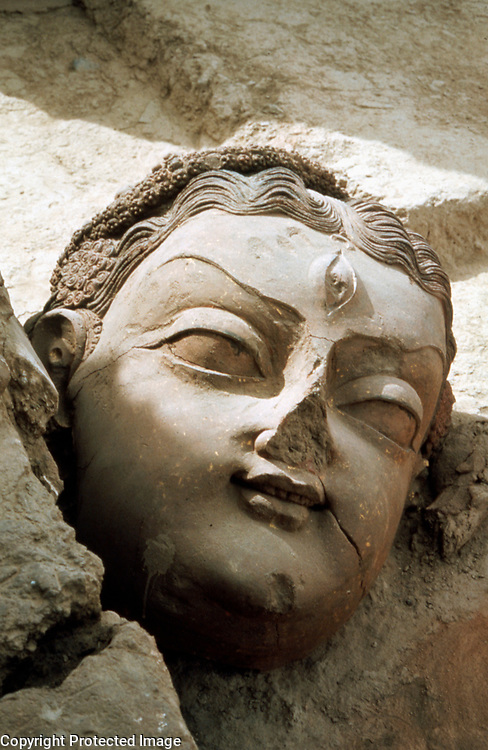