Antiquities of Samarkand. Inner Courtyard of the Shir Dar Madrasah (Southern Side). Stone Inscription beside the Main Niche

1868
This photograph of a stone inscription found on the southern side of the interior courtyard of the Shir Dar Madrasah in Samarkand (Uzbekistan) is from the archeological part of Turkestan Album. The six-volume photographic survey was produced in 1871-72 under the patronage of General Konstantin P. von Kaufman, the first governor-general (1867-82) of Turkestan, as the Russian Empire’s Central Asian territories were called. The album devotes special attention to Samarkand’s Islamic architecture, such as 14th- and 15th-century monuments from the reign of Timur (Tamerlane) and his successors. In the center of Samarkand is the Registan ensemble, composed of three major examples of a madrasah (religious school). The second madrasah in the ensemble, the Shir Dar, was built in 1619-36, during the Astrakhanid dynasty. Despite significant damage over the centuries, it remains one of the most lavishly ornamented monuments in Central Asia. 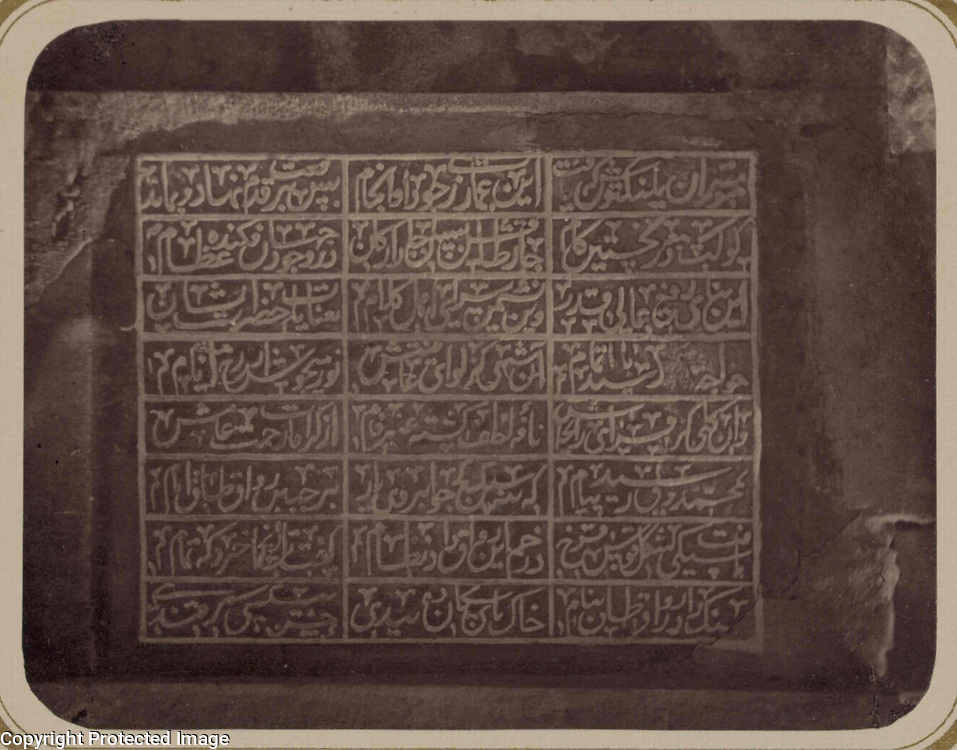