1907
A baker, at right, and a young vendor of lavash (flat bread) stand in front of a bakery built of adobe brick. The ground is covered in snow and ice, with melting snow visible at the roofline. The youth’s large colorful turban could be used to support a tray of the bread. The baker has a haggard look and is hunchbacked from the hot, backbreaking labor at the oven. The image is by Russian photographer Sergei Mikhailovich Prokudin-Gorskii (1863–1944), who used a special color photography process to create a visual record of the Russian Empire in the early 20th century. Some of Prokudin-Gorskii’s photographs date from about 1905, but the bulk of his work is from between 1909 and 1915, when, with the support of Tsar Nicholas II and the Ministry of Transportation, he undertook extended trips through many different parts of the empire. Prokudin-Gorskii was particularly interested in recently acquired territories of the Russian Empire such as Turkestan (present-day Uzbekistan and neighboring states), which he visited on a number of occasions, including a trip in January 1907 that focused on the ancient cities of Bukhara and Samarkand. After the Russian conquest of Samarkand (1868), the Emirate of Bukhara remained nominally independent but in fact became a Russian protectorate linked to settlements along the Trans-Caspian Railway. In contrast to Samarkand, Bukhara’s traditional culture and appearance remained relatively intact. 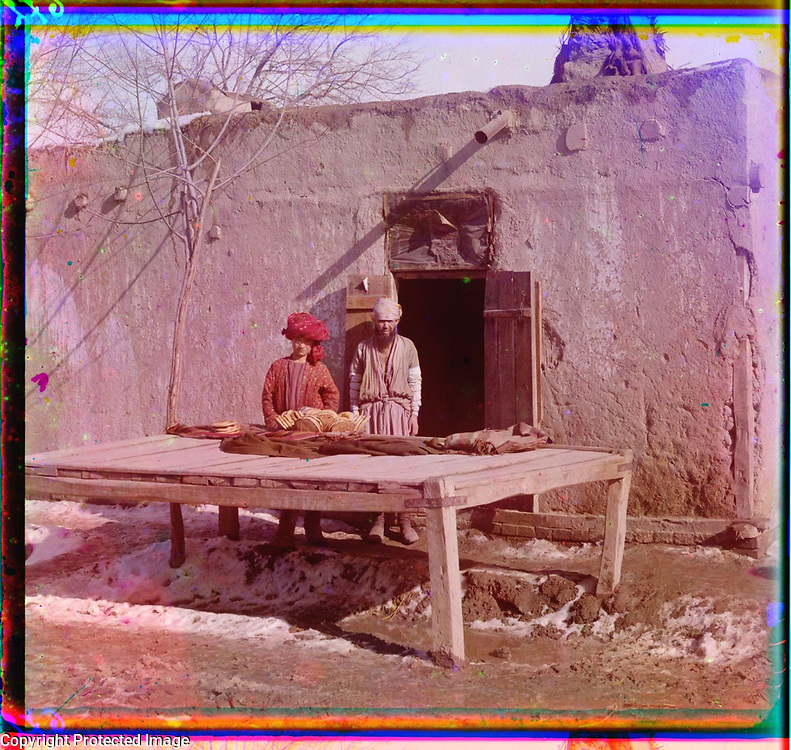