July 1997
The Bactrian city of Ai Khanoum lay under the ashes of fires set ca. 130 BCE by invading Yueh-chih nomads. But what happened after the Bactrian kings decamped and before the next glorious period in the 2nd century CE when the Kushans, part of the Yueh-chich confederation, rose to power? The 450- meter- high mound called Yemshi Tepe, five kilometers north-east of Shibarghan, looked promising, but Soviet-Afghan excavations determined it dated from the 1st to the 4th centuries CE, centuries after the Bactrians left. Half a kilometer away, however, this hillock locally called Tillya Tepe (Golden Mound), barely 3 meters high and 100 meters in diameter, held many answers concerning the empty void from 100 CBE and 100 CE.
Photo: Jonathan Lee. 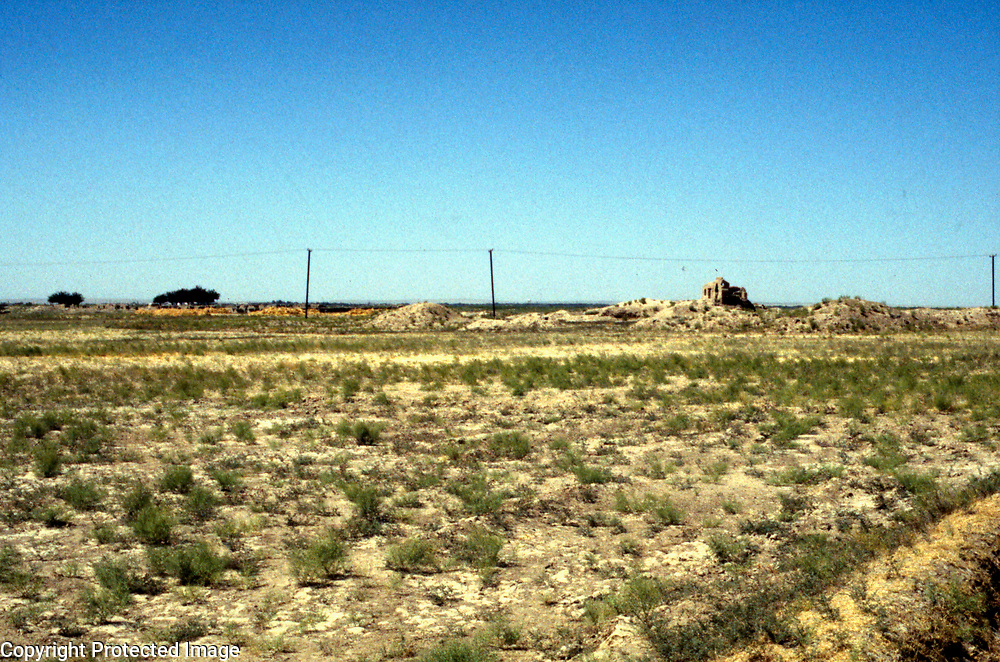