Late 1928
Their palace was unfinished when this last picture was taken in the gardens of Tepe Taj Beg toward the end of 1928 as they faced the prospect of exile. The reasons for the tribal revolts that unseated King Amanullah are many, But underlying them all was the exclusively Western lifestyle pursued by them and by the members of their court together with the King's building program which conservatives looked upon as an all too visible symbol of his unpopular social and economic reforms. In addition, one estimate claimed that out of the total annual government income of five million for 1928, one million was spent on Darulaman alone. Instead of providing an attitudinal impetus for modernization, these buildings were simply considered ostentatious and rejected.
Photo: KES Collection No. 696 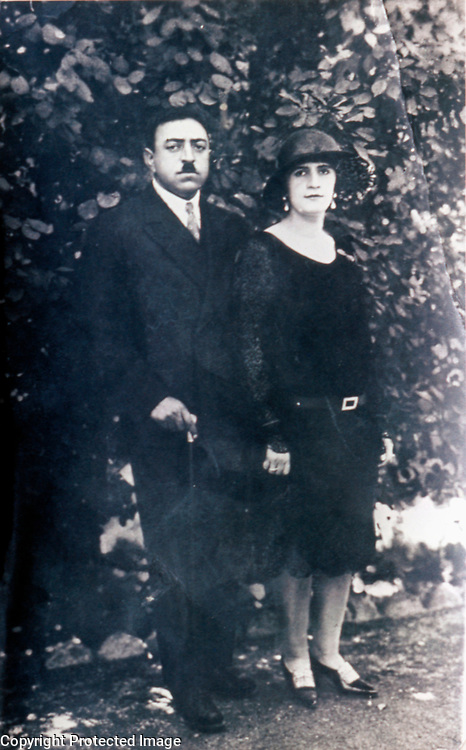