1996
This was an irretrievable loss. Decline had been noticeable since early in the 6th century CE, however. The Persian Sasanians defeated the Kushans in 241 CE and ruled for a couple of hundred years, losing out later for about a hundred years to nomadic Hephthalites from Central Asia (ca. 450-565), who themselves became satraps when the Sasanians returned. It was a chaotic period. A lively eye-witness account by Fa Hasien traveling from China in 420 CE speaks of the wealth and ceremony at major shrines, but Sung-yun, the Tibetan, in 530, hints that earlier convictions were being tested, and after yet another century the Chinese pilgrim Hsuen-tsung, writing in 632, tells of ruined stupas foretelling the close of this brilliant period at Jalalabad.
Photo: Nancy Dupree 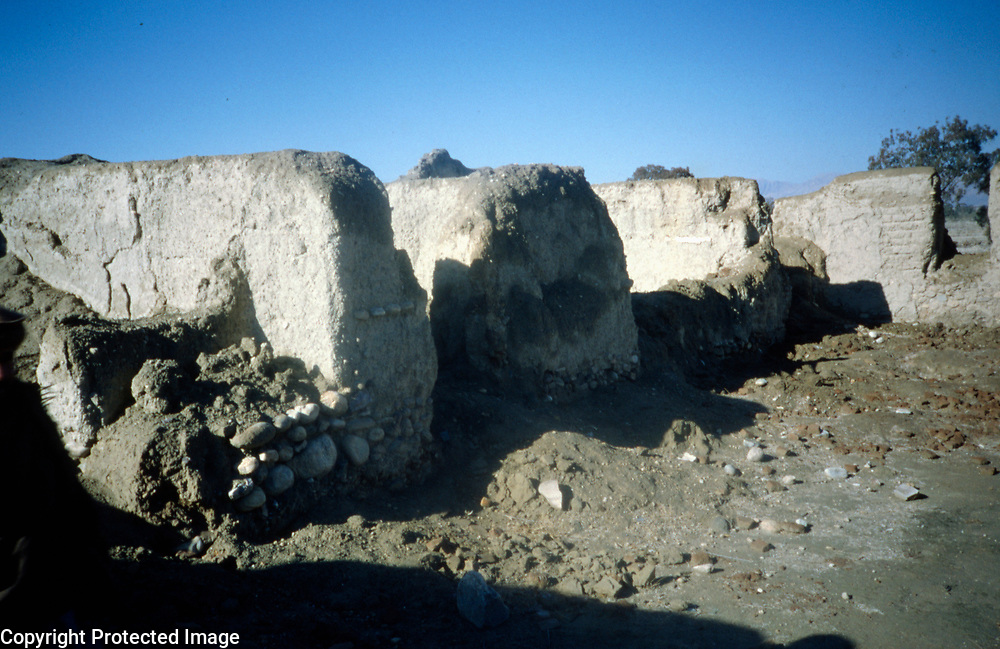