Recreation: The National Museum of Afghanistan.

1993
The Kabul Museum opened in 1931 in what Amir Amanullah had intended to be the town hall at the foot of his grandiose administrative and parliament building. The displays originally consisted of unusual objects and accoutrements, collected by the Amirs. After agreements to excavate were granted, first to the French in 1921, and later on to several other countries, thousands of artifacts poured in from all across the country. The name was then changed to the National Museum of Afghanistan. It held one of the world's most opulent collections, but it sat in isolation. Few efforts were taken to acquaint the general public of the wonders it contained. Few thought of visiting the museum for enjoyment. Then, in May 1993, the building was hit by a rocket, the roof fell in and the museum became a burned out shell. 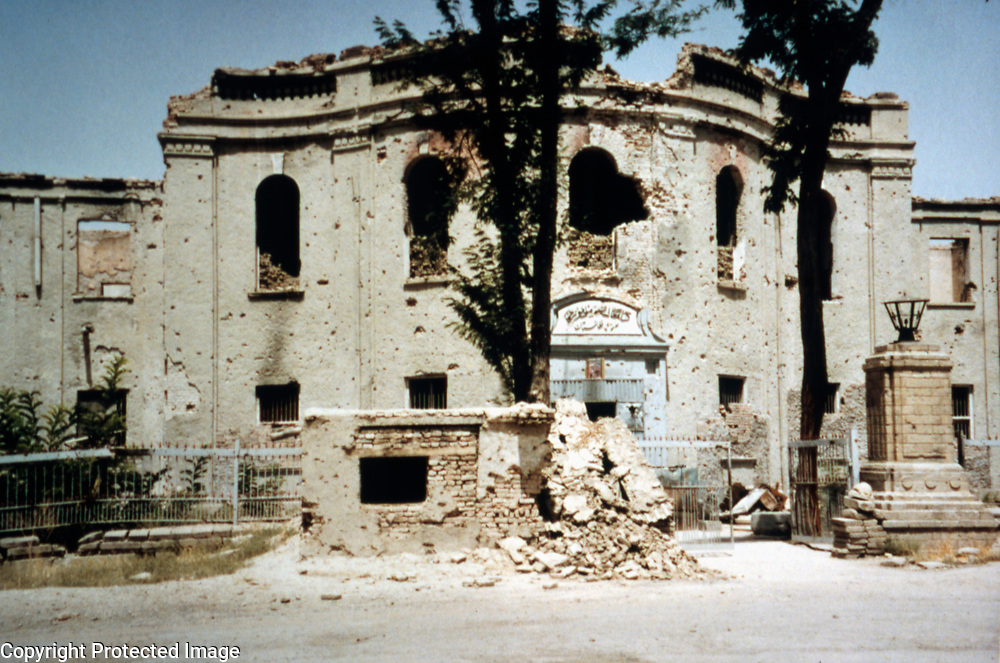