1865
This view of the Shah-i Zindah necropolis in Samarkand is from the archeological part of Turkestan Album. This lavish edition was produced in 1871-72 under the patronage of Konstantin P. von Kaufman, an army general and the first governor-general, in 1867-82, of Turkestan, as the Russian Empire's Central Asian territories were called. The primary compilers for the visual material in the archeological part of Turkestan Album were Aleksandr L. Kun (1840-88), an Orientalist attached to the army, and Nikolai V. Bogaevskii (1843-1912), a military engineer. Samarkand is among the oldest and most distinguished cities of Central Asia. Already thriving by the time of Alexander the Great, the city was taken by the Arabs in 712. During the millennium to follow, Samarkand would become a repository of monuments of Islamic architecture. The 14th and 15th centuries were particularly brilliant during the reign of Tamerlane and his successors (the Timurids). Among the main accomplishments of this period is a collection of mausoleums known as Shah-i Zindah (Persian for “living king”). Built on an ancient burial ground, the necropolis is revered as a memorial to Kusam-ibn-Abbas, a cousin of the Prophet Muhammad. This view from the south shows the entrance portal and first group of mausoleums. 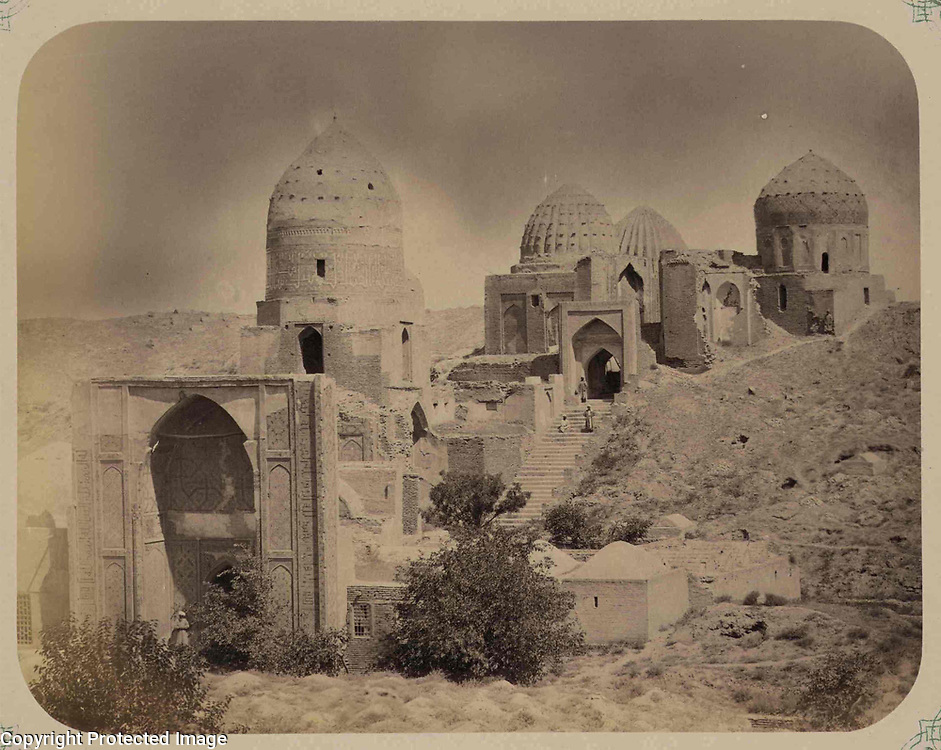