1972
A broad avenue ran the length of the city built in 280 BCE by the Selucid ruler Antiochis I (281-261 BCE). Later, Bactrian King Eucratides I (ca. 171-145 BCE) greatly embellished the city in the mid-2nd century BCE. Under his rule Ai Khanoum Became a primary city of the Bactrian kingdom described by Justin, an historian of those times, as "an empire of a thousand cities". But, finally, despite all its protective fortifications, the city was badly abused by Central Asian Scythian (Saka) nomads between 145 and 138 BCE and shortly thereafter, ca. 130 BCE, it was utterly annihilated by fires set by Central Asian Yuehzhi nomads after almost 200 years of glorious existence.
Photo: Louis Dupree 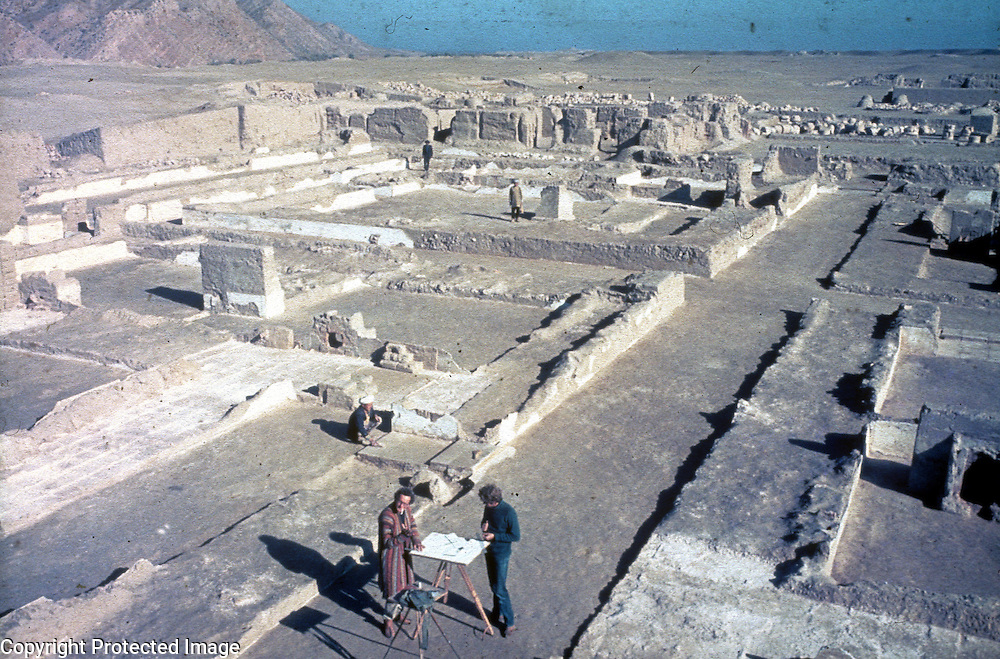