1975
The most spectacular twentieth century archaeological discovery was made by DAFA at Begram 70 km. north of Kabul. Excavations by the French team directed by Joseph Hackin from 1936-1942 began on a plateau (foreground) overlooking the confluence of the Ghorband and Panjshir rivers at the mouth of the Panjshir Valley through which passes led into Bactria. The ancient town was first settled by Bactrians in the 2nd century BCE and ruled from India by the Indo-Greek Menander (165-130 BCE) before being enlarged by the Kushans in the 2nd century CE when it became King Kanishka's luxurious summer capital. Weakened by civil wars after the death of King Kanishka, Begram became a vassal state of the newly established Persian Sasanian Dynasty in 24 land eventually abandoned.
Photo: Louis Dupree 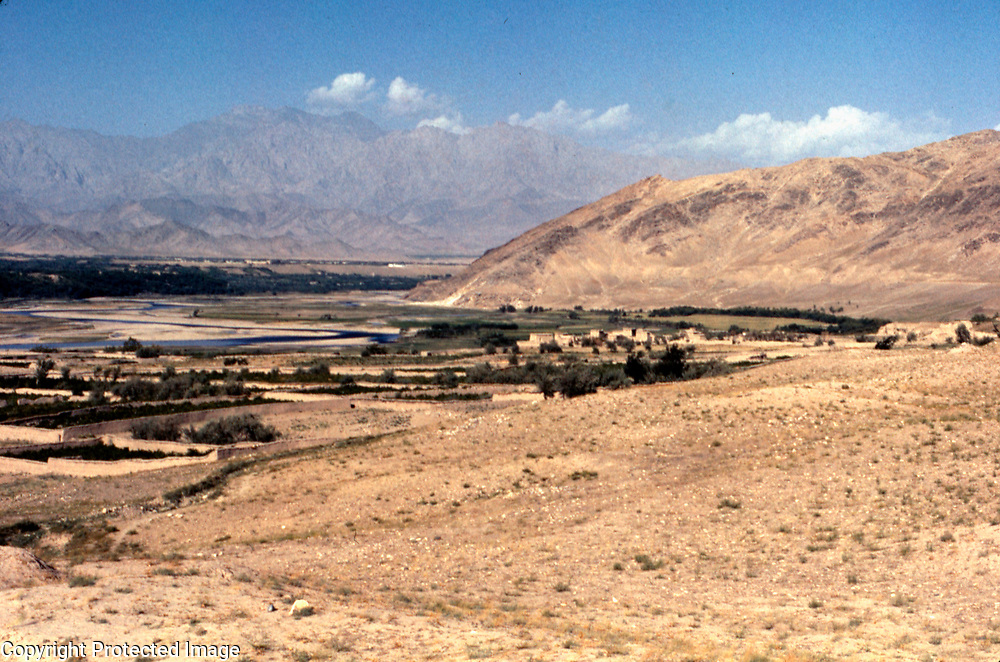