1905
This photograph shows a merchant at the market in Samarkand (present-day Uzbekistan) displaying silk, cotton, and wool fabrics, as well as a few traditional carpets. A framed page of the Qurʼan hangs at the top of the stall. Founded around 700 BC, Samarkand is one of the oldest cities in the world. It is best known for its central position on the Silk Road between China and the West and for being an Islamic center of learning. The image is by Russian photographer Sergei Mikhailovich Prokudin-Gorskii (1863–1944), who used a special color photography process to create a visual record of the Russian Empire in the early 20th century. Some of Prokudin-Gorskii’s photographs date from about 1905, but the bulk of his work is from between 1909 and 1915, when, with the support of Tsar Nicholas II and the Ministry of Transportation, he undertook extended trips through many different parts of the empire. Prokudin-Gorskii was interested in recently acquired territories of the Russian Empire such as Turkestan (present-day Kazakhstan, Turkmenistan, and Uzbekistan), which he visited on a number of occasions, including two trips in 1911. Turkestan appealed to him not only for its Islamic architecture but also for scenes from traditional life in cities such as Samarkand. 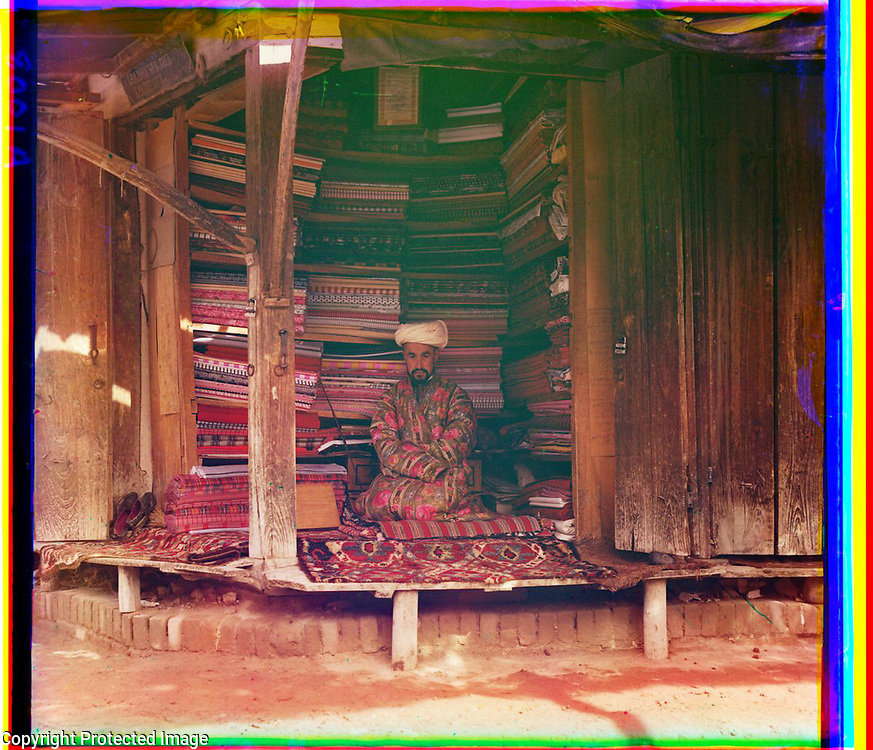