1867
This photograph is from the historical part of the Turkestan Album, a comprehensive visual survey of Central Asia undertaken after imperial Russia assumed control of the region in the 1860s. Commissioned by General Konstantin Petrovich von Kaufman (1818–82), the first governor-general of Russian Turkestan, the album is in four parts spanning six volumes: “Archaeological Part” (two volumes); “Ethnographic Part” (two volumes); “Trades Part” (one volume); and “Historical Part” (one volume). The compiler of the first three parts was Russian Orientalist Aleksandr L. Kun, who was assisted by Nikolai V. Bogaevskii. Production of the album was completed in 1871–72. The fourth part was compiled by Mikhail Afrikanovich Terentʹev (born 1837), a Russian military officer, Orientalist, linguist, and author who participated in the Russian expedition to Samarkand of 1867−68. The “Historical Part” documents Russian military activities between 1853 and 1871 with photographs and watercolor maps of major battles and sieges. The photographs include individual and group portraits of officials and military personnel. Most of the men portrayed were recipients of the Cross of Saint George, an honor conferred upon soldiers and sailors for bravery in battle. A few photographs at the beginning of the album depict officers awarded the Order of Saint George, an honor granted to senior Russian officers for superior merit in conducting military operations. Also shown are views of citadels, fortifications, cities and villages, churches, ruins, and monuments commemorating soldiers killed in battle. The album contains 211 images on 79 plates. 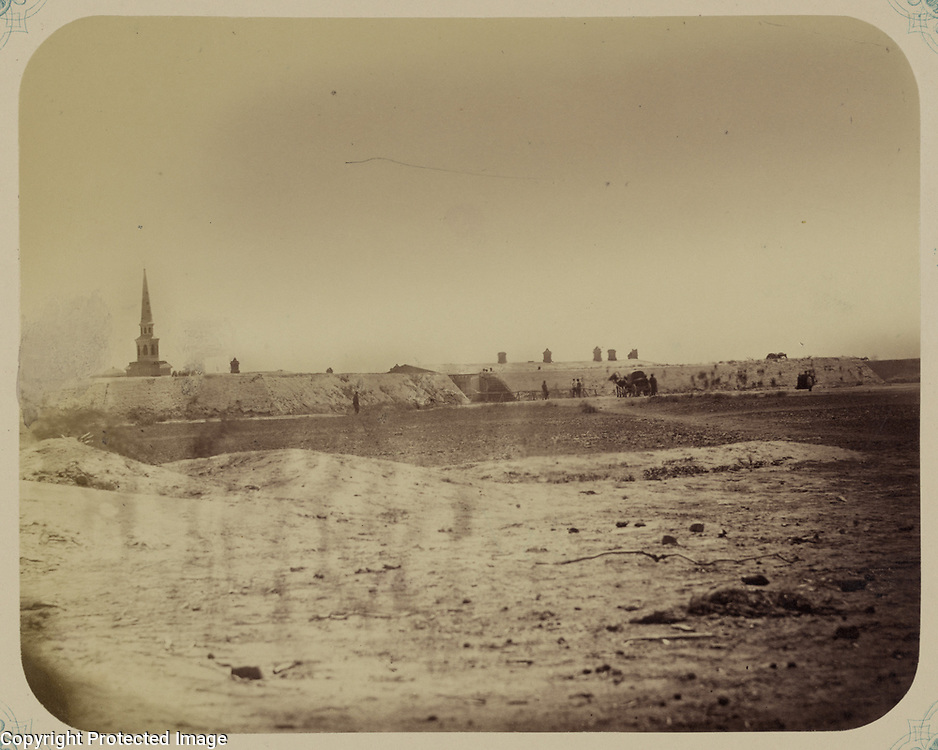