1965
A 25-line inscription came to light on the fourth terrace. Written in the Bactrian language in cursive Greek script, this significant find unlocked what little we know about the Kushans. It refers to repairs made when the temple was burned during a period of civil unrest following King Kanishka's death c. 140 CE. Another 50 blocks with fragmentary Greek script mention lining a well at the foot of the hill. The temple was finally abandoned during the 3rd century CE with the coming of the Persian Sasanians. In 1993 a similar inscription was accidentally found by mujahideen digging a trench at Robatak (Little Fort), not so very far north of Surkh Kotal. It also relates to the reign of King Kanishka.
Photo: Louis Dupree 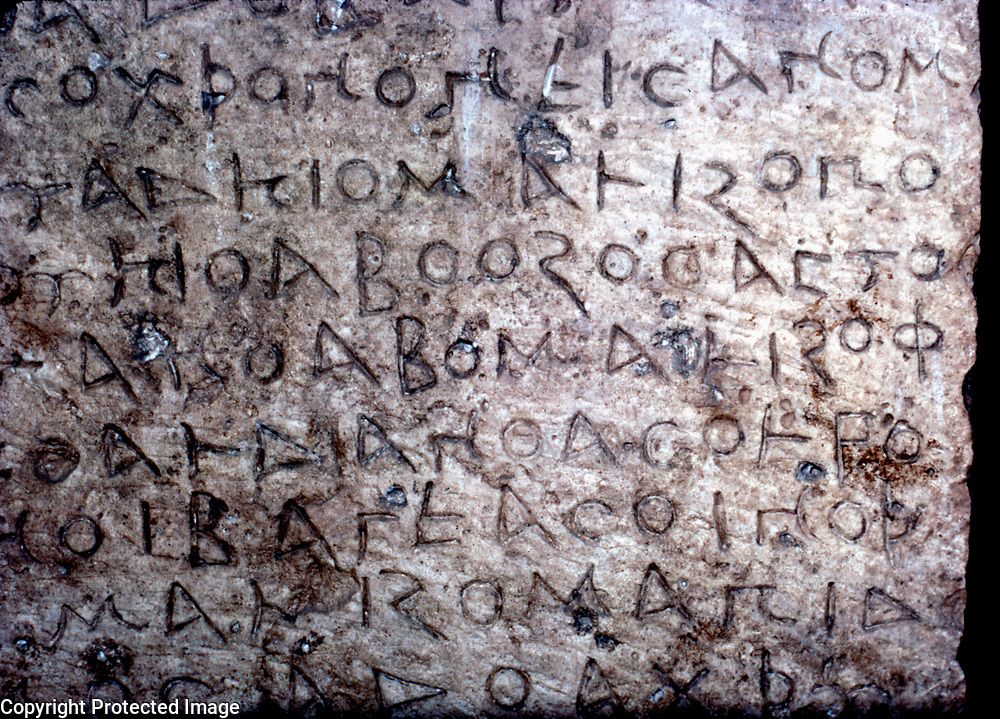