27 April 1990 Carton
There was some concern, however, that women were pushing themselves forward too rapidly as expressed by this cartoon by Rahim Nevin entitled Yesterday, Today, Tomorrow, published in the Kabul Times English newspaper on 28 April 1970. Women in the Peshawar refugee camps were now rigidly confined and secular education was anathema to those who regarded it as the road along which all their present hardships flowed. This negative attitude changed over time and since substantive repatriation began after 2002 the demand for schools has far exceed the ability of the government to respond adequately. Kabul is now (2016) literally awash in private education institutes and "universities" with thousands and thousands attending. 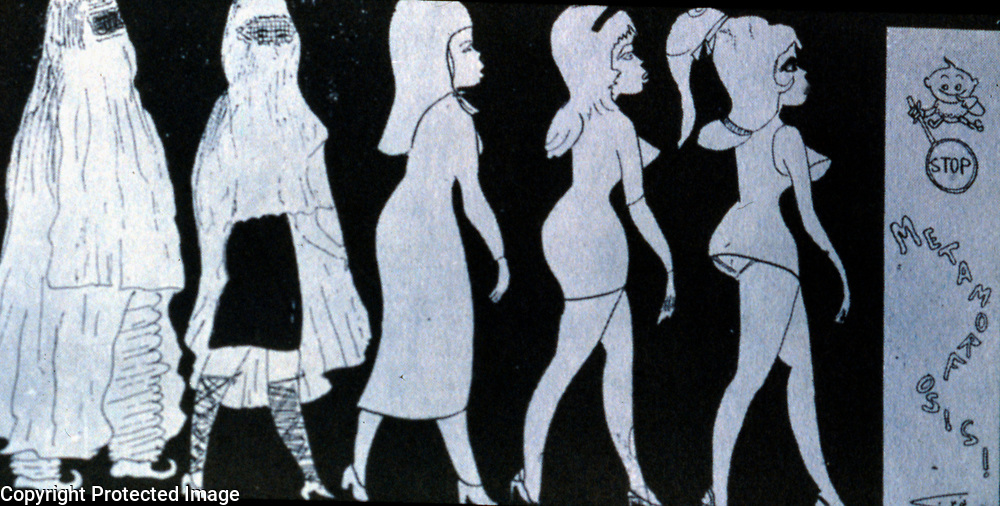