1965
Monasteries elsewhere responded enthusiastically to King Kainishka's efforts to revive Buddhism in the 2nd and 3rd centuries. At Shotorak (Little Camel), 4 kilometers from his capital at Begram, some 7-8 ruined stupas mark the location of the Shotorak monastery on a bluff on the south bank overlooking the Pansher River. Shotorak was at its peak during the 3rd century, but even in 630 the Chinese traveller, Hsuen-Tsang, reported 300 monks still in residence. This later Buddha head which was in the museum in 1965 (#63.23.2; h. 16.5 cm; h. 22 cm), but later looted. has some classic elements, but the liveliness of the early Hadda heads has given way to a mask-like quality. Perhaps it was even molded.
Photo: Ingo Guhr 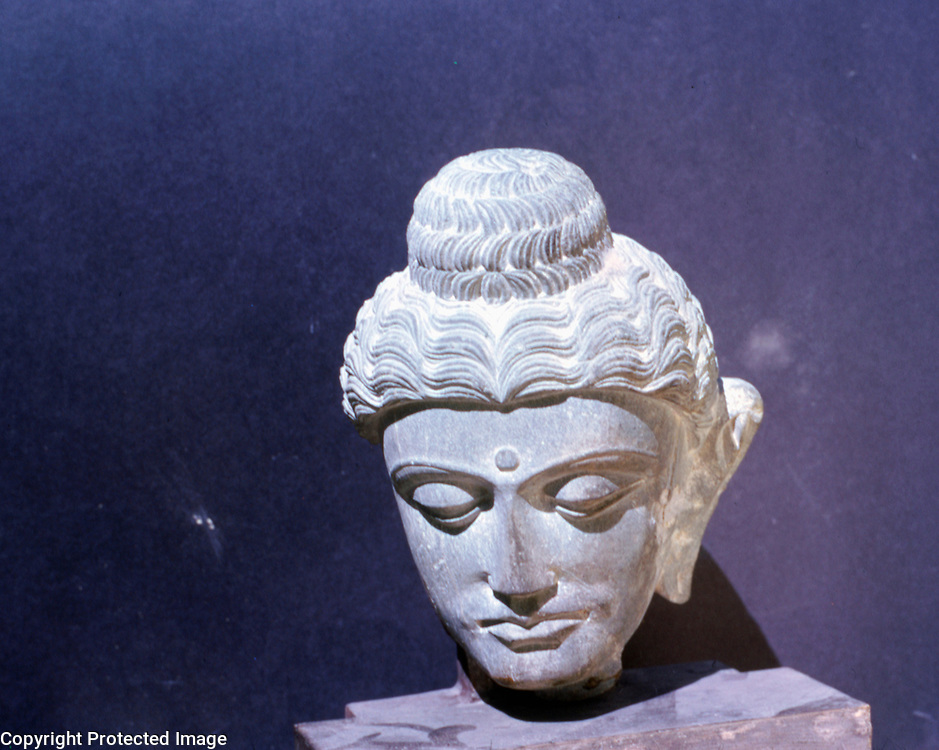