Antiquities of Samarkand. Shir Dar Madrasah. Inscriptions along the Walls and above the Foundation

1868
This photograph of the Shir Dar Madrasah in Samarkand (Uzbekistan) is from the archeological part of Turkestan Album. The six-volume photographic survey was produced in 1871-72 under the patronage of General Konstantin P. von Kaufman, the first governor-general (1867-82) of Turkestan, as the Russian Empire’s Central Asian territories were called. The album devotes special attention to Samarkand’s Islamic architecture, such as 14th- and 15th-century monuments from the reign of Timur (Tamerlane) and his successors. In the center of Samarkand is the Registan ensemble, composed of three major examples of a madrasah (religious school). The second madrasah in the ensemble, the Shir Dar, was built in 1619-36, during the Astrakhanid dynasty. This view shows the monumental ceramic ornamentation of the main walls of the structure. The intersecting lines form intricate geometric patterns of glazed tiles, including squares and rhomboids as well as four- and eight-pointed stars with floral motifs in the center. The star rays also contain floral and geometric figures. The square forms are grouped around the rays of the stars and contain block Kufic inscriptions from the Kalima, or statement of Islamic faith. The basic colors are shades of blue, with outlines in white or other light colors. The complexity of these geometric forms carries spiritual, and even mystical, significance. 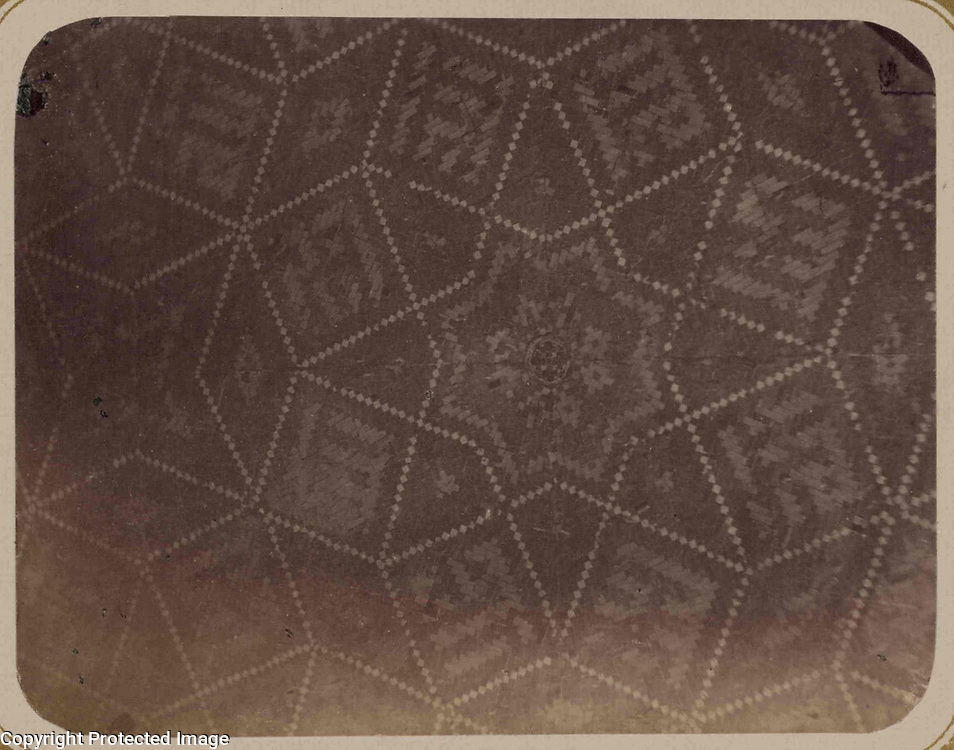