Harbiya as the National Archives 1972.

1975
In later years the building was used as a police garrison and slowly deteriorated until finally it was marked for demolition. Under the Republic of Afghanistan (5 July 1973-1978), however, considerable attention was paid to the restoration of historic buildings. This handsome restoration was completed in August 1978 and inaugurated as the National Archives in September 1980, but the building remained closed during the Taliban era. It was reopened by President Karzai on the 14th of April 2002. 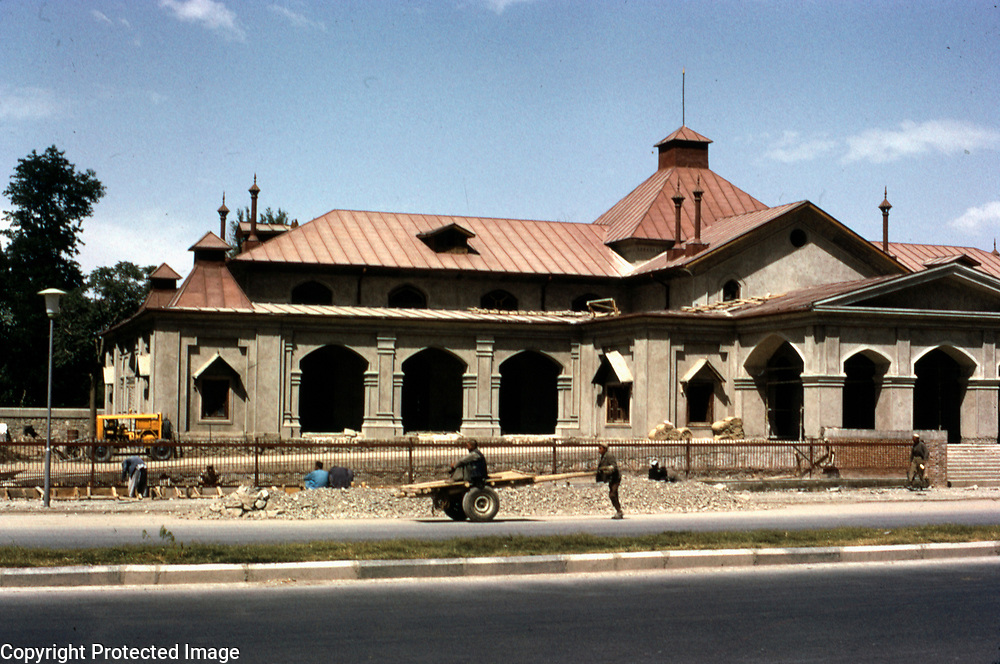