1981
A profusion of Indian ivory plaques, sculptures and fragments were also found in the Begram storerooms. Originally most were used as a decorative veneer for wooden furniture, presumably placed in some private quarters, maybe even King Kanishka's own boudoir. The wood rotted away long ago leaving the ivory amazingly intact but so fragile they turned to dust when attempts to lift them were made. Many were thus lost until a stabilizing liquid to coat them was found. Most probably most of the ivories came from the Indian Kushan capital at Mathura, between Delhi and Agra. Possibly most of them date to the height of Kushan cultural development in the mid-2nd century CE when King Kanishka ruled.
Photo: Louis Dupree 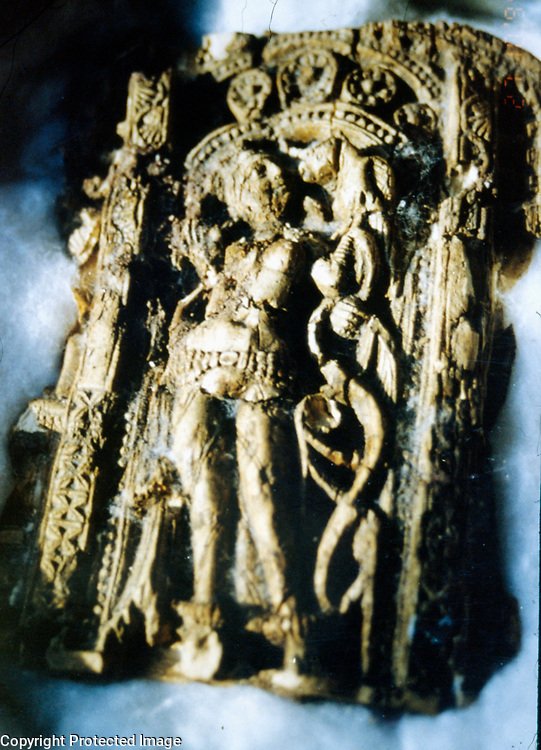