1901
Amir Abdur Rahman, ever mindful of his family's needs, allotted various gardens to them in which to build their own accommodations. Prince Habibullah received Bagh-e-Charmghar not far from the Arg. Here in 1891. The year he was declared heir-designate at the age of 20, he built an elegant office 50 meters by 29.5 meters where conducted his official durbars and met with petitioners. The haremserai, now the Malalai High School for girls, was located behind walls in an adjoining section of Bagh-e-Charmghar. This official office building displays the Prince's fondness for British Indian cantonment architecture, such as the pitched roof instead of flat roofs utilized by his father, but the domed rooms on each corner are distinctive of the Amir's buildings. Black and white Souvenir postcard printed in Paris in the 1920s. 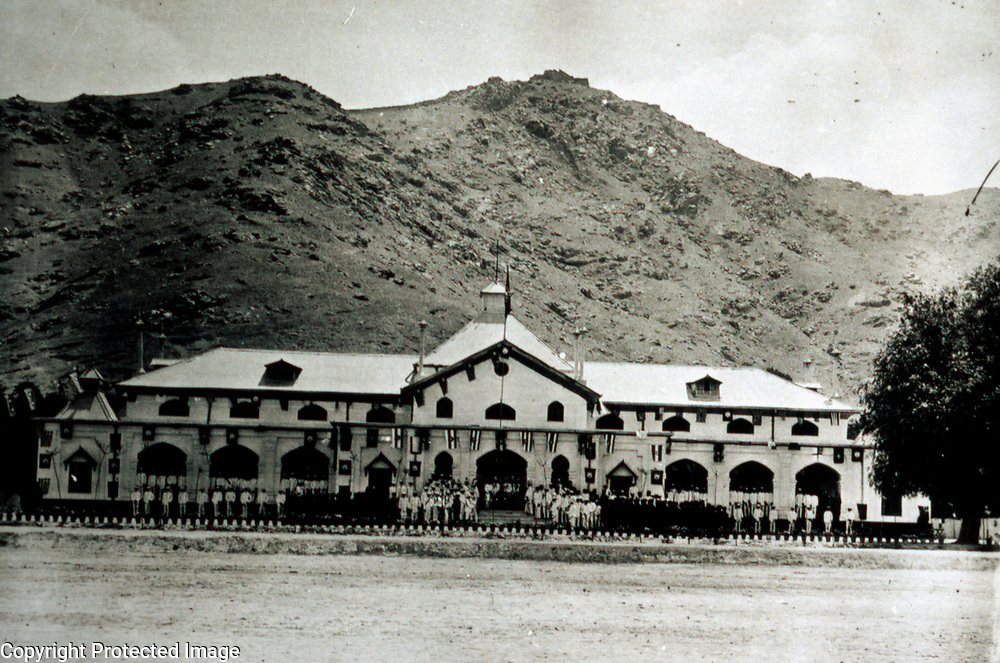