1996
The solitary hill of Tepe Sardar rises prominently southeast of the city of Ghazni received its name when Amir Habibullah chose it for a camping site. Later, in 1929, Bacha Saqqao used it as a gun emplacement site facing King Amanullah when he made his last bid for Kabul in 1929. In doing so, the top of the hill was leveled and all but the first and second sections of a large Buddhist stupa was destroyed. What remained was 22 meters square, the largest stupa yet found in Afghanistan.
Photo: Not recorded 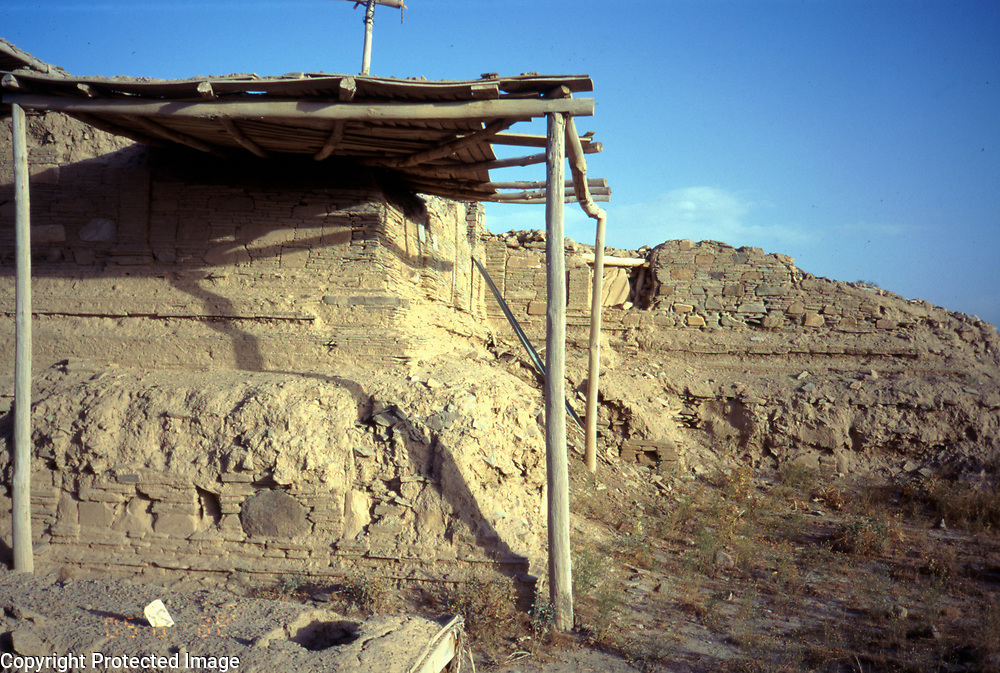