1920a
Close-up of changes brought to Chihlsotoon by Amir Habibullah. Later, King Zahir (r.1933-1973) carried out more remodeling and enclosed the remaining arches. During his reign the palace was used extensively for VIP receptions such as one for the Shah of Iran. For a time in 1980, the palace was the seat of government led by the leftist Parcham president Babrak Karmal who made his first public appearance after the invasion of the Soviets in December 1978 before a huge rally at Chihlsotoon. Thus the palace became a primary target of the resistance, President Karmal moved to the Arg as the palace was assaulted and Chihlsotoon fell into ruins. Black and white Souvenir postcard printed in Paris during the 1920s. 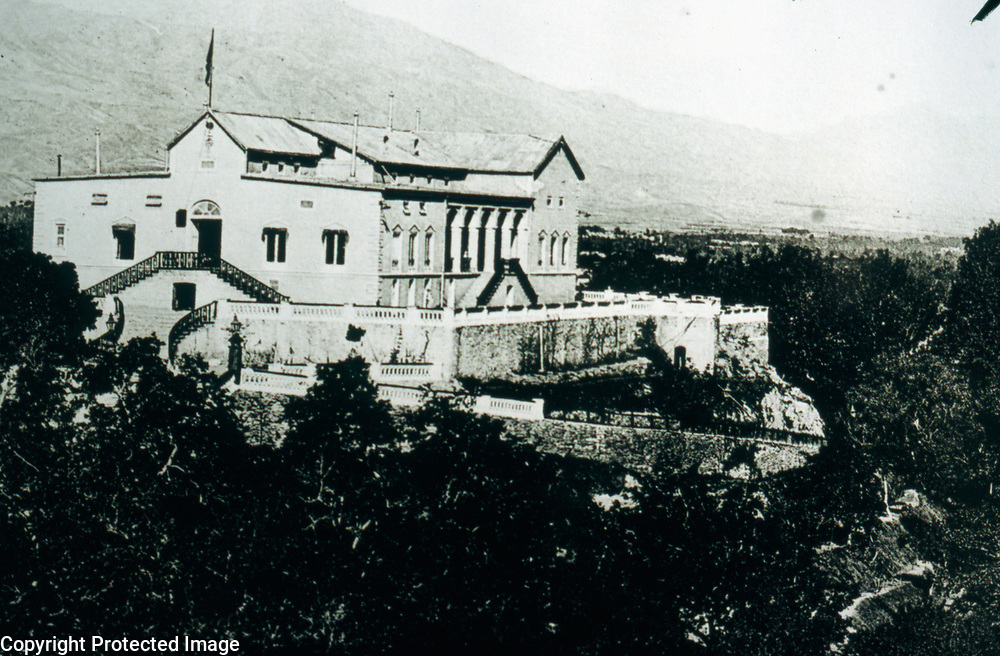