On the Registan. Samarkand

1905
In the center of Samarkand is the Registan complex, consisting of three madrasah (religious schools). The second of these, the Shir-Dar Madrasah, was built in 1619–36. This view from Registan Square shows a group of turbaned mullahs and youths on the steps in front of the main facade, which contains the great iwan arch. (The left flank of the arch is brightly lit.) In the center is a large niche containing a partially blocked lattice window, with decorative panels containing floral and geometric figures on either side. Above the window is an inscription in the Thuluth cursive style. The niche culminates in a curved vault composed of ceramic components in a manner known as mocárabe, also referred to as a “stalactite” vault because of the appearance of the suspended decorative elements. The image is by Russian photographer Sergei Mikhailovich Prokudin-Gorskii (1863–1944), who used a special color photography process to create a visual record of the Russian Empire in the early 20th century. Some of Prokudin-Gorskii’s photographs date from about 1905, but the bulk of his work is from between 1909 and 1915, when, with the support of Tsar Nicholas II and the Ministry of Transportation, he undertook extended trips through many different parts of the empire. During a trip in 1911 he gave special attention to photographing the Islamic architecture of Samarkand (present-day Uzbekistan). 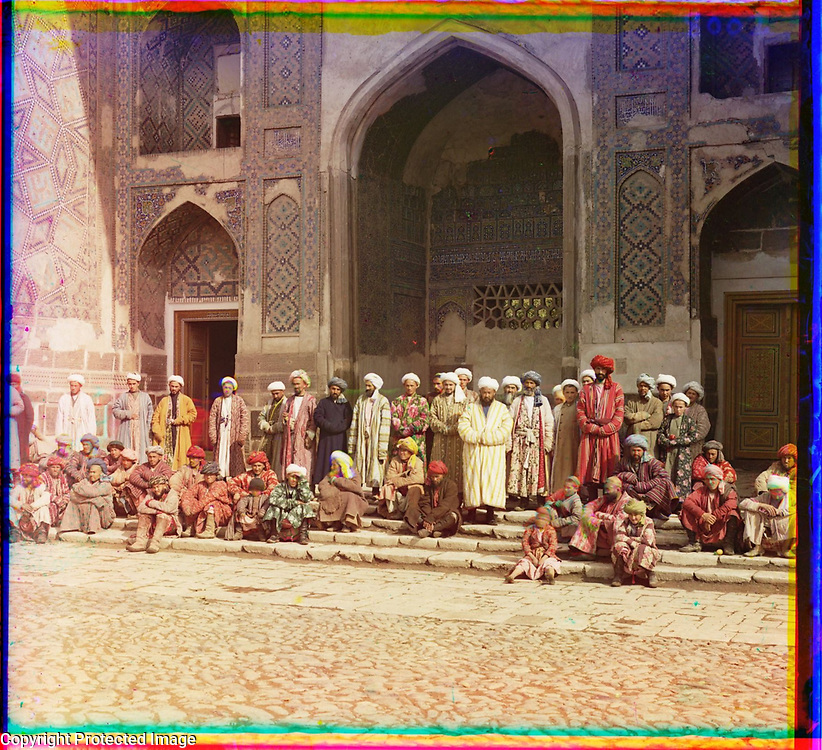